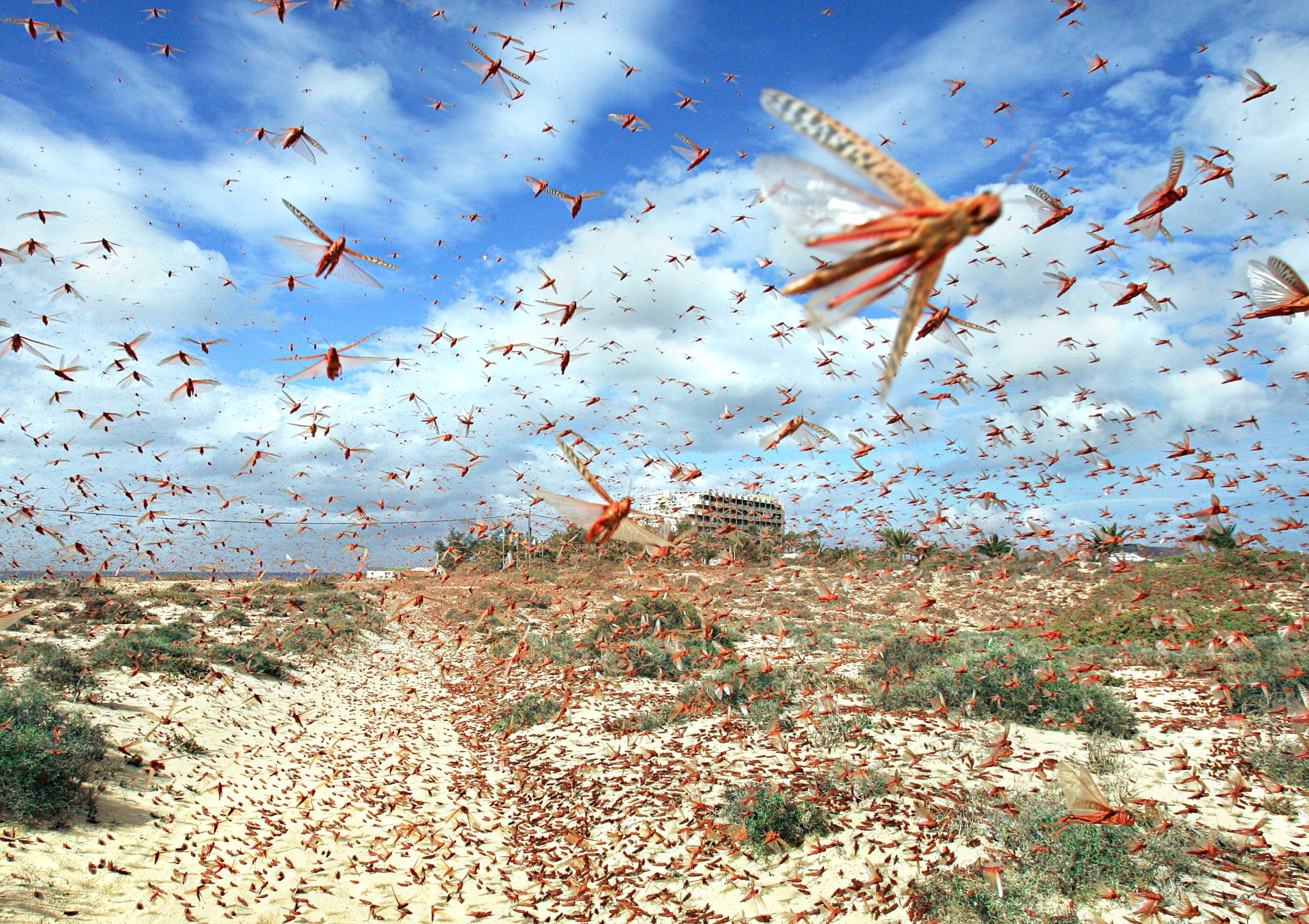 Whereas nation is already facing the havoc of COVID-19 and cyclone ‘AMPHAN’, India, clearly, needs to be watchful in the months ahead. An invasion by desert locusts has hit large swathes of India and Pakistan in the middle of the coronavirus pandemic. We need to be alert and anticipate where this is going next. The situation is all the more alarming as it comes at a time when the affected states are already reeling under Covid-19 and the ongoing heatwave. 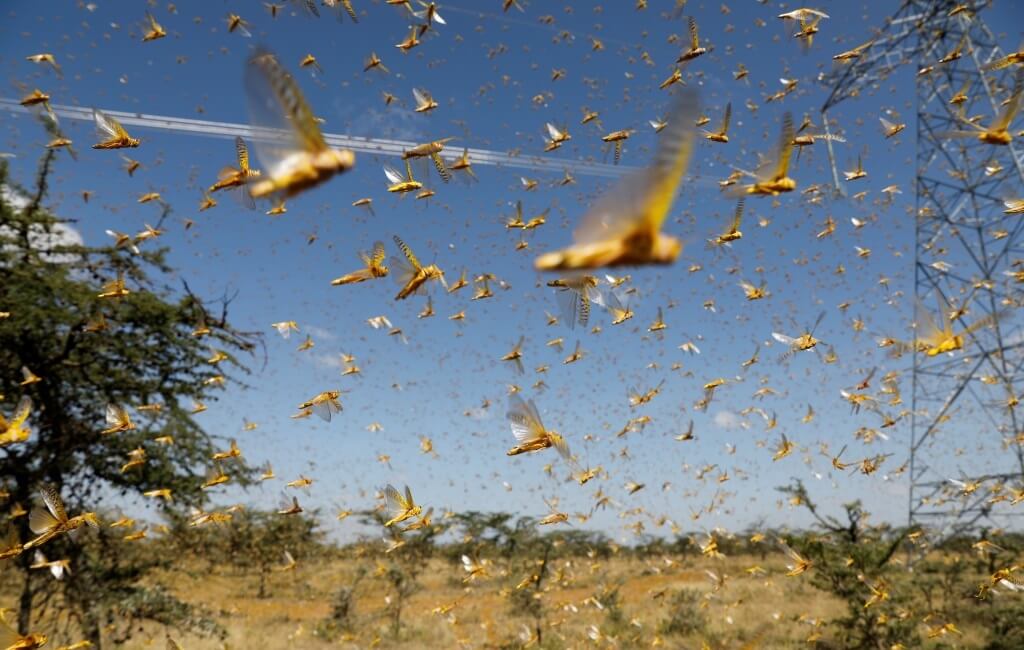 Swarms of the desert locust, which invaded India via Pakistan in April, have made their way to at least five states, leaving a trail of destruction in their wake. Desert locust move in large groups, called swarms and can eat crops up to their own weight every day. When millions of locusts descend on a crop, they destroy everything.
The desert locust is considered the most destructive migratory pest in the world and a single swarm covering one square kilometre can contain up to 80 million locusts. As per eyewitnesses, the swarm which entered India from Pakistan was about two to three kilometres long.
Locust sightings and attacks in India’s border states of Gujarat, Rajasthan, Punjab, and Uttar Pradesh have been giving sleepless nights to farmers and authorities since last winter. Concerns are intensifying as the sowing period for Kharif or monsoon crops like rice, maize, millet, pulses, soybean, and groundnut approaches in June. 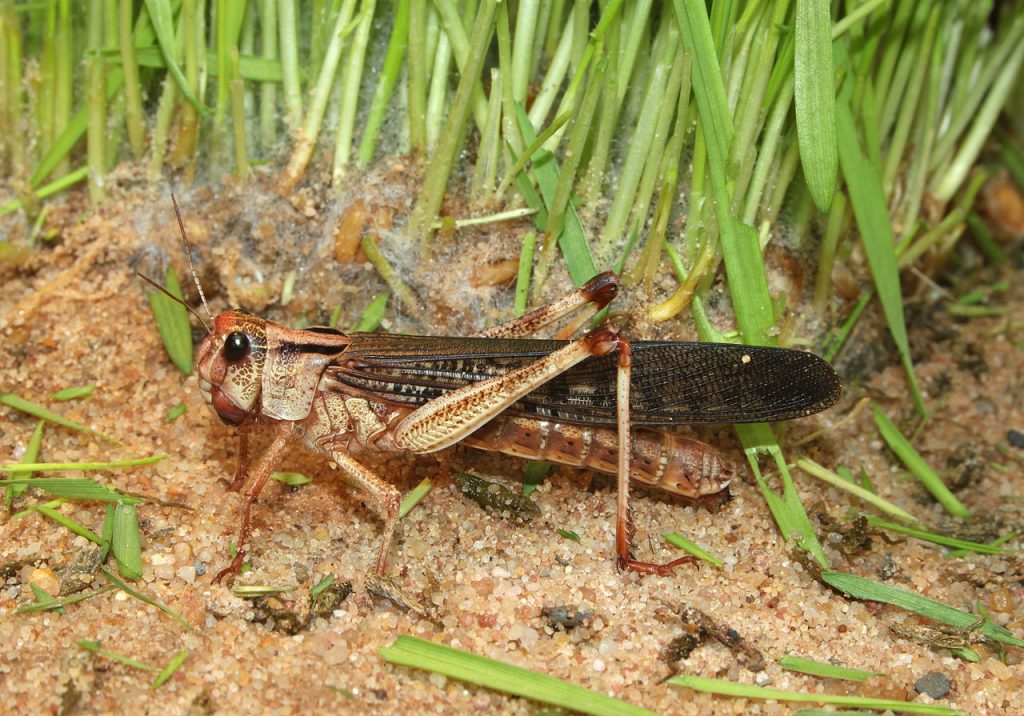 Drones, tractors and cars have been sent out to track the voracious pests and spray them with pesticides. The locusts have already destroyed nearly 50,000 hectares (125,000 acres) of cropland.
“Eight to 10 swarms, each measuring around a square kilometre (0.39sq miles) are active in parts of Rajasthan and Madhya Pradesh [states],” the government’s Locust Warning Organisation’s deputy director KL Gurjar told the AFP news agency. “We are lucky that there is no crop in the fields now. But the locusts eat up all the green vegetation, leaves, flowers, fruits, seeds and plants,” Gurjar said. An average small locust swarm can eat as much food in a day as about 35,000 people.
India has not seen locust swarms on this scale since 1993, the warning centre said.
Locust swarms entered India from Pakistan where they flew in from Iran last year. From Rajasthan, locusts entered Madhya Pradesh via Neemuch and have advanced to Ujjain and Dewas. The locust swarms have also made their way to Gujarat, Uttar Pradesh and Maharashtra. Due to the proximity with Pakistan as well as rest of the affected areas, Punjab has also put its farmers on alert.
If not controlled, desert locusts can damage food supplies and cause famine. Some 45 million sq km of land in 90 countries are potentially prone or under the threat of invasion by the desert locust, according to the FAO. 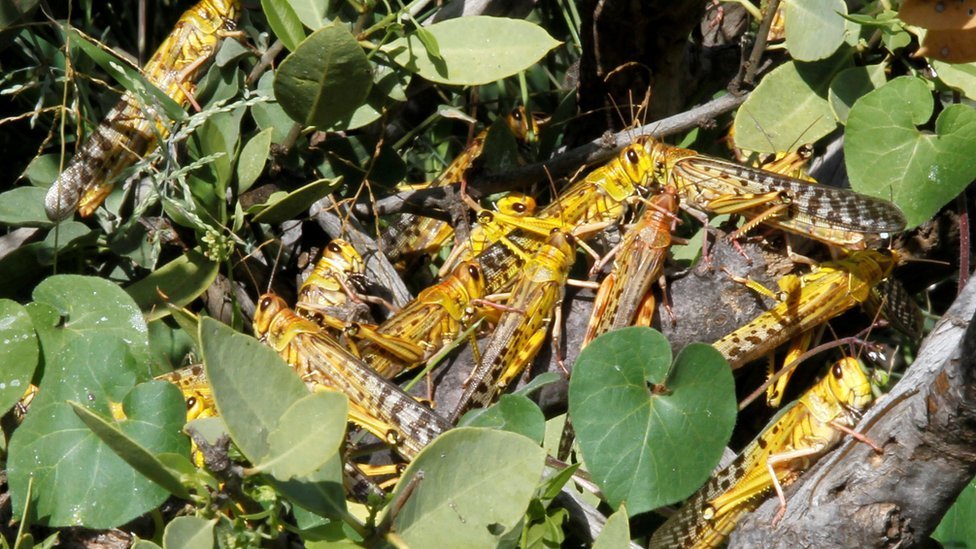 The second wave of a locust attack has also hit East Africa. Africa’s second-most populous state, Ethiopia – along with regional economic powerhouse Kenya and politically unstable Somalia – are among countries worst hit.
The UN estimates the swarms could be up to 20 times bigger than during the first invasion -and they could become 400 times bigger by June. The World Bank has approved $500m (£409m) in grants and low-interest loans to help countries in East Africa and the Middle East cope with the crop loss after the attacks.
India, clearly, needs to be watchful in the months ahead. “We need to be alert and anticipate where this is going next. The situation is all the more alarming as it comes at a time when the affected states are already reeling under Covid-19 and the ongoing heatwave,” says Anshu Sharma of Sustainable Environment and Ecological Development Society, a non-profit disaster management organisation.

Bring positivity through creativity to deal with COVID 19.
Government is committed to provide quality education
Comment