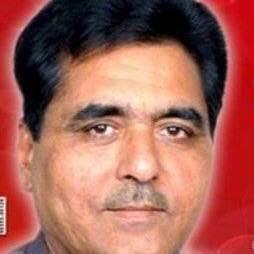 Ferozepur, July 1, 2020:  The government of any country, In this modern and developed age, can win the fight not only with weapons but also with infallible moves of diplomacy, in which the economic aspect is the most important. These views were expressed by DP Chandan, senior BJP leader, who had held the State Minister status, during SAD-BJP government,  while appreciating the decision of the Modi government to ban 59 Chinese Apps in response to the clearance given by the Chinese companies.

Chandan said, this initiative of Modi  is a great blow to the weak link of China. The people have to stand firm with Modi because in situations like war nothing is above the national concerns.

He said, ‘The Modi government has started giving shocks to China and now China has to think before taking any action that India does not tease anyone but the one who teases, does not leave and it is just a beginning.” He also shared befitting couplet on this occasion – Ibtae Ishq Hai Rota Hai Kya, Aage Aage Delkhiye Hota Hai Kya, Cheen (China) Baz Aa Jao Nahi to Partikriya Jhelne Ko Tyar Raho.