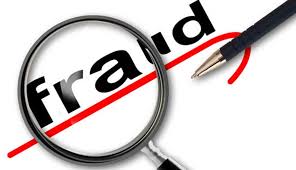 Ludhiana, November 10, 2019 :A fraud case related to making false entries in assessment register and e-rolls and fraudulently making three persons beneficiaries of compensation at Samrala and village Ghulal has been unearthed in district Ludhiana. This case is related to the land acquired by the National Highways Authority of India (NHAI) at Samrala and Ghulal.

On the complaint of SDM Ludhiana (West)-cum-Land Acquisition Officer Mr Amrinder Singh Malhi, an FIR has been registered against the concerned revenue department officials and proceedings to suspend them have been initiated.

While providing informtion, Deputy Commissioner Mr Pradeep Kumar Agrawal stated that it had come to the notice of Mr Amrinder Singh Malhi that when the land was acquired by the NHAI at Samrala and village Ghulal of district Ludhiana, names of Anil Kumar son of Dharampal, Vinay Kumar son of Nahar Singh and Rajesh Kumar son of Hukam Singh were fraudulently added in the list of beneficiaries by making false entries in the assessment register and e-rolls. The trio had no ownership of the land acquired in the above mentioned villages. But these persons were fraudulently made “owners” by making false entries and even received the compensation.

He further informed that the all record of awards passed, compensation given and land mutation (jamabandi) was summoned through the concerned Patwari’s and thoroughly checked and it was found that payments of Rs 51.74 lakh and Rs 71.96 lakh was made to Anil Kumar son of Dharampal. Similarly, payment of Rs 1.04 crore to Vinay Kumar son of Nahar Singh and of Rs 7.99 lakh to Rajesh Kumar son of Hukam Singh was to be made, but when the matter came to their notice, this payment was stopped.

He informed that the false entries in assessment register and E-rolls had signatures of concerned patwari, kanugo and tehsildar, on the basis of which payments were to be made. The Deputy Commissioner informed that this fraud was committed with connivance of Revenue Department as well as NHAI officials. He said that an FIR in this regard has been registered at Division Number 5 Police Station and further investigation has been initiated. The proceedings to suspend the Revenue Department officials have also been initiated.