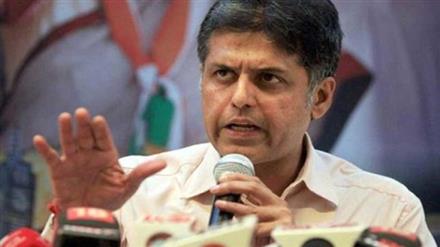 Anandpur Sahib,May 17,2019: : Former Union Minister for Information and Broadcasting Manish Tiwari is locked in a four-cornered contest in Anandpur Sahib Lok Sabha seat having an edge over rivals owing to sustained campaigning and support of Congress MLAs.

SAD candidate Chadumajra had though won the 2014 Lok Sabha, his party could win only one seat of Banga out of nine segments in 2017. AAP had won Kharar and Garhshankar. In 2009 Ravneet Bittu of Congress had defeated Chandumajra.

The biggest challenge before Chandumajra is SAD (Taksali) candidate Bir Devinder Singh who will cut into Akali vote bank and benefit Congress. Chandumajra is also facing the wrath of Sikhs due to allegations of sacrilege of Guru Granth Sahib during the SAD-BJP government. Out of nine assembly segments, at least three are Sikh dominated. Except for Tiwari, all other three key candidates are Jat Sikhs. The Jat Sikhs comprise one-third of the total voters.

In the previous Lok Sabha election, Prem Singh Chandumajra has polled 3,47394 votes against 3,23697 polled to Ambika Soni of Congress. Himmat Singh Shergill of AAP has polled 30,6008 votes. Makhan Singh of BSP has polled 69124 votes. Chandumajra had defeated Ambika Soni of Congress. SAD had a vote share of 31.97 percent followed by Congress 29.79 and AAP 20.15. After splitting in AAP, it is expected that part of AAP voters will shift to Congress.

Shergill of AAP being a local candidate may pose some competition to Congress but Congress seems to dominate in most of the segments despite anti-incumbency factor. The defection by Rupnagar MLA Amarjit Singh Sandoa will hit prospects of Shergill.

Bir Devinder Singh is former deputy speaker of Punjab Vidhan Sabha. He was in Congress for over four decades. He developed differences with Chief Minister Capt Amarinder Singh and joined SAD in 2012. He was however not given the erespectable position in the party. Finally, he recently joined SAD(Taksali).

With the expected division in the Akali Dal votes, the competition appeared to have been narrowed down between Congress and AAP. Though Manish Tiwari is hopeful of clearing the seats, the fingers are however locked.