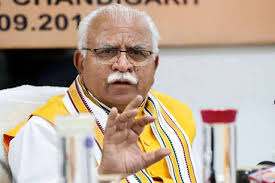 Sirsa, August 4,2019 : After paying obeisance to Shri Guru Nanak Dev ji on his 550thPrakash Parva, Haryana Chief Minister,  Manohar Lal today announced that land measuring 9.75 acres would be transferred to Gurudwara Chilla Sahib, Sirsa where Shri Guru Nanak Dev ji has spent 4 months and 13 days during his journey. Ownership rights of Land, which at present rests with the State Government, would be transferred in the name of Gurudwara as per the policy of the State Government.

​  Manohar Lal made this and several other announcements while addressing a well attended State Level function organized to mark the 550th Prakash Parva of Shri Guru Nanak Dev ji at Sirsa today.

The Chief Minister also announced that the state government would provide all support and cooperation to the Gurudwara Chilla Sahib for starting projects of public welfare. He said that Shri Guru Nanak Dev ji had spent 4 months and 13 days in Sirsa where he also delivered his divine message for the welfare of the society. He announced that 1 acre land would be provided for the setting up of Sikh Dharamshala and for this, Deputy Commissioner, Sirsa has been asked to identify suitable piece of government land.

​  Manohar Lal also announced to establish a Sikh Museum in Kurukshetra so as to give inspiration to the young generation and said that 400 posts of Punjabi Teachers would be advertised soon to give more recognition to the Punjabi language. He announced that signboards in the name of Shri Guru Gobind Singh ji would be installed on the National Highway passing from Haryana upto the border of Punjab and Rajasthan.  He said that with a view to enable large number of pilgrims be it Hindu, Sikh or of any other region to visit religious places, 50 per cent concession in fare would be given to them. He said that the State Government has recently given relaxation in fare to the senior citizens visiting holy cities of Amritsar and Varanasi.

While congratulating the large number of Gurus, saints and devotes which converged in Sirsa not from Haryana but from other States also, the Chief Minister said that we have a long history of great personalities and the messages delivered by them from time to time play a vital role in our lives. He emphasized that mere education is not enough and till we did  not instill moral values among the children, we could not achieve our target in life and added that Saints and Gurus have a big role to play in this direction.

Throwing light on the life of Shri Guru Nanak Dev Ji, Mr Manohar Lal said that at the time of his birth, there was an atmosphere of fear, injustice and discrimination in the society. He said that with a view to enlighten the people and generate awareness among them, he visited the entire country and the land of Sirsa is specially blessed as he had spent 4 months and 13 days here. His whole life symbolizes the victory of justice over injustice, he added. The Chief Minister said that the victory of Lord Rama over Ravana and Pandwas over Kaurvas is testimony of the fact that Justice always prevails.

He said that during the tenure of present state government so far, besides ensuring unprecedented development in the fields of roads and other infrastructure, special emphasis has been given on imparting quality education to the children based on moral values so that they could contribute in developing a new nation. He said that during the next tenure, Security, Health and Education (SHE) would be our thrust areas. This, he said, could not be achieved by the government alone and support of society at large would be needed to achieve this, he asserted. He said that we are working with the spirit of Sabka Sath Sabka Vikas and has ensured uniform development of all areas without any discrimination of caste and creed.

He said that the State Government has decided to celebrate the anniversaries of our great personalities at the State Level so as to spread a positive message to all sections of the society adding that these celebrations would continue in future also. He said that the coffers of the State Government are always open for the welfare work of people belonging to all sections of the society. He also took this opportunity to thank all those organizations who worked for the successful organization of this function. Mr Manohar Lal said that he was informed that 3000 buses are used to ferry people to the venue.

On this occasion, he also honoured Baba Ajit Singh, Baba Kashmir Singh and Baba Gurmeet Singh for making adequate arrangement of Langar for the visitors.

Earlier, the Chief Minister inaugurated a blood donation camp near the venue and also went around an exhibition put up on the life of Shri Guru Nanak Dev Ji. He also had guru prashad.

Earlier, speaking on this occasion BJP State President Mr Subhash Barala thanked Chief Minister Mr Manohar Lal for organizing 550th Prakash Parva of Shri Guru Nanak Dev ji on the State Level. He said that after assuming the charge of Chief Minister of Haryana, Mr Manohar Lal decided to observe the anniversaries of all those great saints and personalities who worked for the uplift of the society. 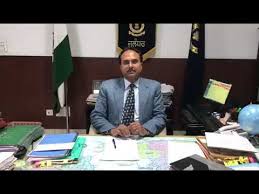