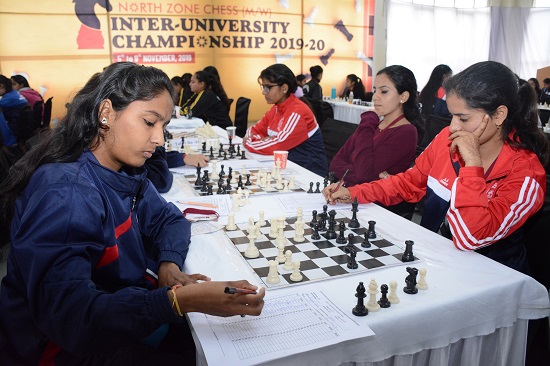 Chandigarh, November 07, 2019: Team from MDU Rohtak takes lead with in the men’s category of the AIU North Zone Inter-University Chess Tournament after finishing of the 3rd round here at the campus of Chandigarh University Gharuan. While in the women’s category team from University of Delhi have maintained their lead after the third round of the league matches. The boys of MDU Rohtak have scored 12 points after third round to lead the final points tally while teams of PEC University Chandigarh & University of Delhi are joint second in the tally with 11 points each. 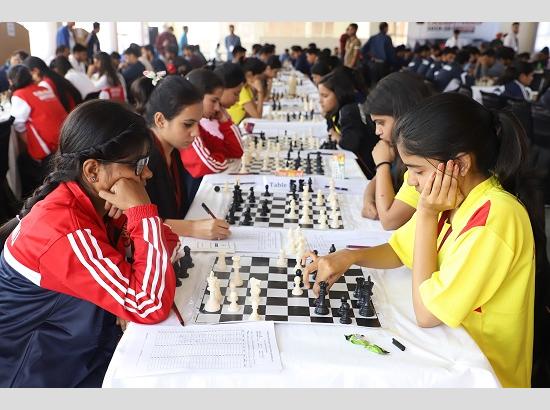 The men’s team of the Chandigarh University Gharuan had a bad the team lost their matches in the second and third round.