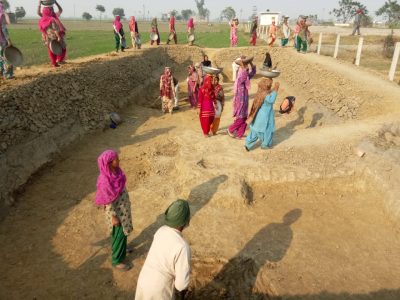 Fatehgarh Sahib, February 23, 2020: The main objective of the MGNREGA scheme is to raise the living standard of poor families by providing employment.

Under the Act, employment of 100 man-days in a year is provided to the adult family members of rural communities who are willing for manual labor.

The scheme not only playing a vital role for overall rural development but also helpful in providing employment to the poor and needy family member of rural communities.

No corona positive case in Ferozepur, DC appeals to stay home to maintain this status

Self preventive measures can give fight to Corona