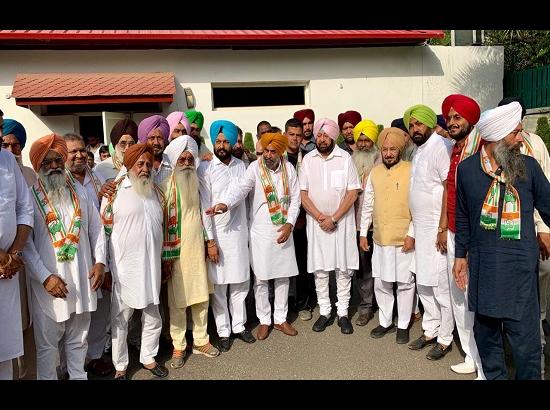 A large number of his supporters, including Zila Prashad and Panchayat Members and Sarpanches, from 18 villages of Sahnewal also joined the Congress in the presence of Chief Minister Captain Amarinder Singh.

Captain Amarinder said their joining had infused much energy into the Punjab Congress ahead of the Lok Sabha elections. The joining showed the total disillusionment of members and workers with SAD, he added.

Bhagpur said he and the others had total faith in Captain Amarinder’s policies and wanted to rid the state and its citizens of the anti-people approach of SAD.