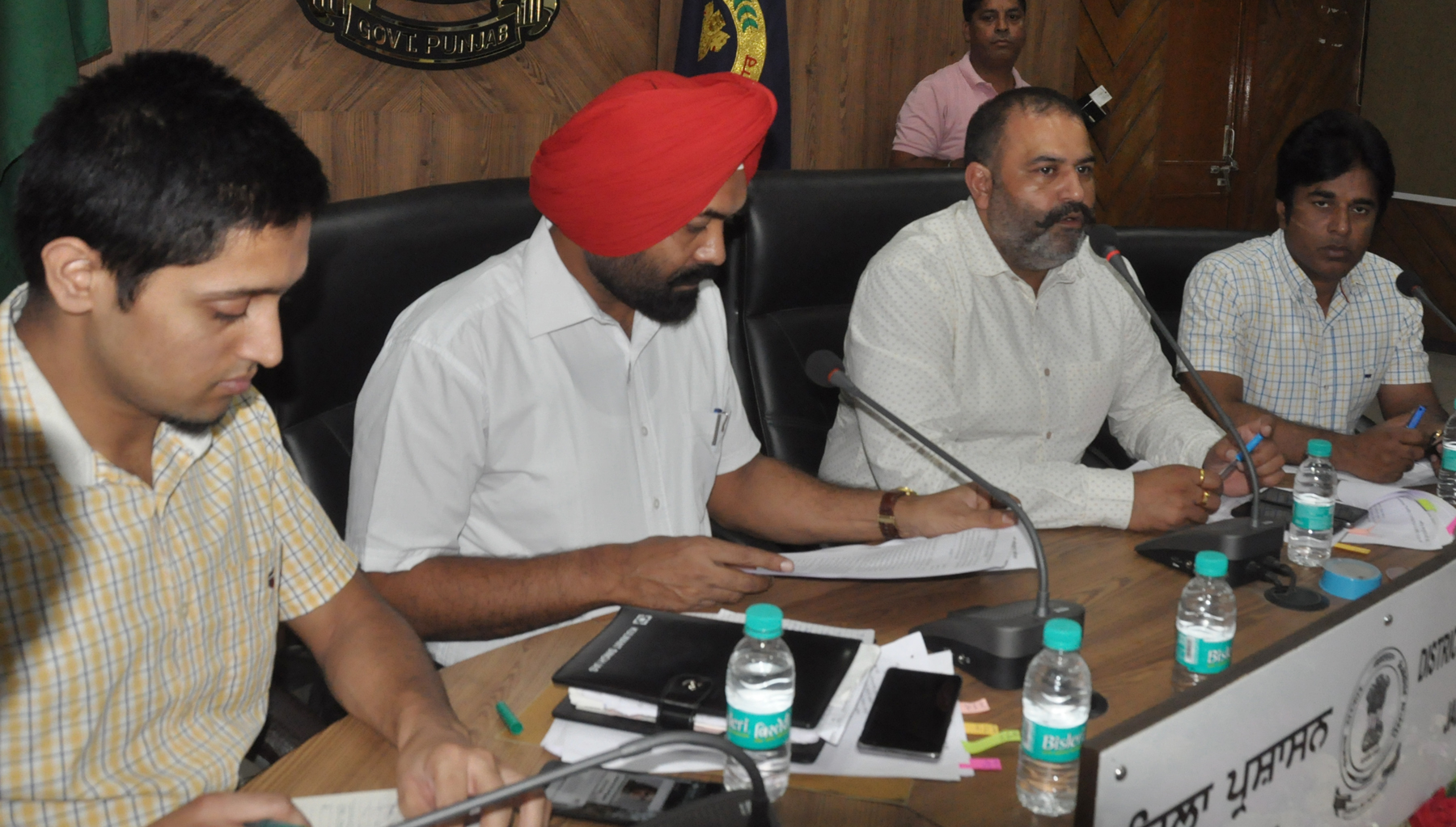 Jalandhar, June 11, 2019:- The district administration today held a review meeting to finalize the arrangements for the Shobha Yatra to mark the Parkash Utsav of Satguru Kabir Ji on June 17.

Police would also be deployed in the city during the Shobha Yatra which will start from Bhargo Nagar and will pass through Dr. BR Ambedkar Chowk, Bhagwan Valmiki Chowk (Jyoti Chowk), Basti Adda Chowk, Football Chowk, Veer Babrik Chowk, Model House, Guru Ravidass Chowk and back to Bhargo Nagar.

It was also decided that the needed diversions in traffic would be made for ensuring the smooth flow of traffic. Likewise, it was decided that the Municipal Corporation Jalandhar would make the necessary arrangements for cleanliness, the supply of potable drinking water, and decoration.

The PSPCL was asked to ensure uninterrupted power supply during the function and removal of dangling wires and the health the department was asked to deploy special medical teams on the occasion.

MLA assured all the representatives of Kabir Panthi organizations present in the meeting that the district administration would make all the necessary arrangements to pay tribute to Satguru Kabir ji in a befitting and unsurpassed manner.

Rinku asked the district administration to evolve a foolproof mechanism to ensure that this mega event was observed with full devotion and religious gaiety.