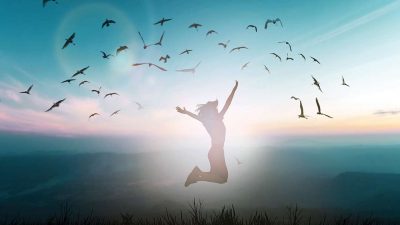 Anupreet Singh:
Ahh, FREEDOM. It drives us all.
Subhash Chandra Bose has rightly stated “Freedom is not given, it’s taken”. Financial freedom. Freedom to do the work we love. Freedom from the demons of our past. Freedom from fear and self-sabotage. Freedom from the lashings of our inner critic.
Everyone living in democratic countries have political rights such as freedom of speech, freedom to choose their leaders and freedom in many other aspects of life. But still this freedom has limitations. Freedom of speech and expression is always a threat. People who have power decides whether a particular speech is ethical or not. If they think it is anti-government, they may term it as a cause of violence. We often see that many journalists are silenced and some of them even killed. The fact that those who raise voice against government or rulers are vulnerable makes us doubt the freedom we have in expressing our thoughts. Hence freedom seems to be a myth.
Even in this 21st century in many societies, minorities and socially disadvantaged groups are vulnerable and are not in a situation to use their freedom in many aspects though legally they have political rights.
We think that we have the freedom to travel to any place and to live in the place of our choice. But in reality, there are boundaries among countries and several restrictions to settle in other places.
Though practically we have the freedom to roam at any time, there are criminals in every society curtailing our freedom.
Even if you became an entrepreneur believing that it will give you more freedom and you will have no boss, you will be disappointed because you will have more bosses such as customers, investors, etc.
Though we have a right to vote and thereby freedom to choose our leaders, in reality, it is majoritarian decisions that prevail.
Most of the time, the freedom we have depends on the place where we born and brought up. And of course, we do not have the freedom to choose where we born.
Artistic freedom is also having limitations even in this modern era. We have censorship on movies, books, and on many other arts making us think that freedom is a myth.
Media and the press do not have full freedom in general. Very often, their articles get influenced by their investors or the government or both.
Freedom feels like a release. It’s unclenching, untethering myself from an outcome. Letting go. A sense of expansiveness. Being open, and light. Being wildly, authentically me – at any given moment. Speaking my truth, with love.
We do not have the freedom to end our own life. Though there is an option of euthanasia for those who are either terminally ill or in a vegetative state, people who have intense emotional pain and suffering and are unable to cope up with life are not allowed to die and are forced to live.
We have more freedom now than our ancestors. Recognizing freedom as a fundamental right was the first and most important step in any society. We do have the freedom to choose our lifestyle, to follow a religion of our choice, to improve our social status, to choose our leaders, and to become a leader, etc. With time, we are exploring the idea of freedom. Hence freedom is not a myth. It is a reality. Freedom in any aspect should have limitations to