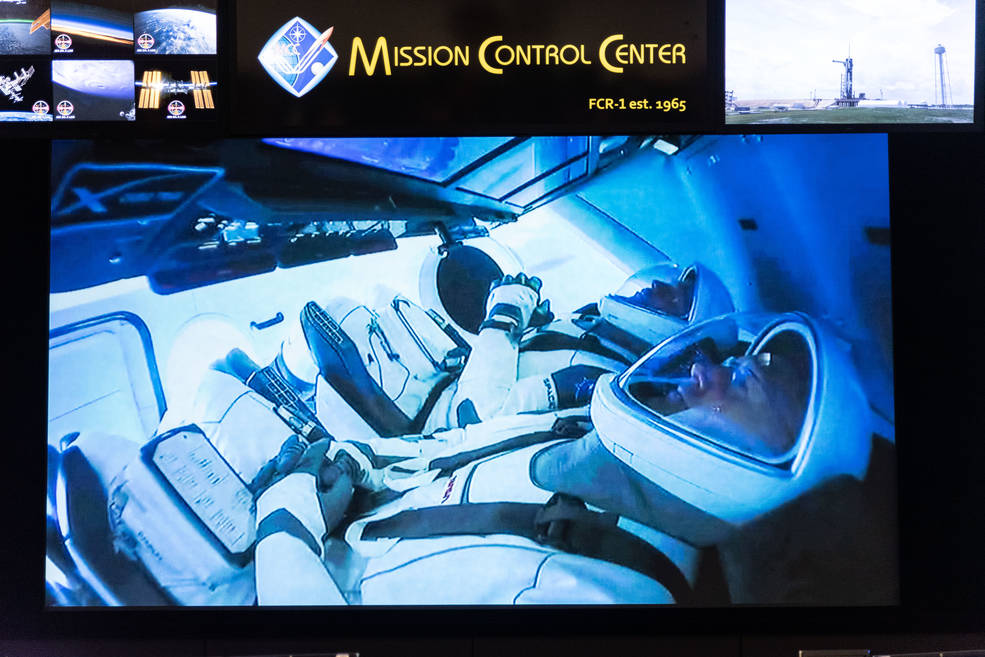 To participate in the news conference, media must be in person, and it will not be carried live on NASA Television.

To RSVP to attend, contact Meridyth Moore at 281-709-8124 or mmoore@spacecenter.org no later than 11 a.m. Media should arrive at Space Center Houston, located at 1601 NASA Parkway, Houston, no later than 12:30 p.m. and must follow physical distancing parameters and wear facial coverings.

Behnken and Hurley made history Saturday as they became the first Americans to launch on an American rocket from American soil to the International Space Station in nearly a decade. Their successful docking to the station completed many of the test objectives of the SpaceX Demo-2 mission, and the rest will be completed as the spacecraft operates as part of the space station, then undocks and descends for a parachute landing in the Atlantic Ocean this summer.

Bridenstine is NASA’s 13th administrator. He was nominated by President Donald Trump, confirmed by the U.S. Senate, and sworn in April 23, 2018. In this role, Bridenstine leads an agency critical to the nation’s economy, security and technological preeminence.

Cruz is the junior Senator from Texas, and took office in 2013. He was the runner-up for the Republican presidential nomination in the 2016 election. Cruz is a member of the Senate committees on Science and Transportation, Armed Services, the Judiciary, Commerce, and the special committee on Aging. He holds degrees in public policy and law from Princeton University and Harvard Law School.

Babin was sworn in to the 114th Congress in 2015. He serves on the House Committees on Science, Space and Technology, and Transportation and Infrastructured, in addition to several subcommittees.

Geyer is Johnson’s 12th director, a position to which he was appointed by Bridenstine on May 25, 2018. Geyer leads a workforce of approximately 10,000 civil servant and contractor employees at one of NASA’s largest installations.

For information about NASA’s missions, programs, and activities, visit: