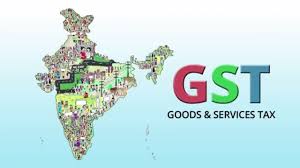 New Delhi, Jun 11, 2019: Modi government has announced that a new GST return system will be introduced to facilitate taxpayers from January 2020 onwards. According to the proposed system,  all taxpayers will be filing Form GST RET-01.
In order to ease the transition to the new return system, a transition plan has been worked out while Form GSTR-3B will be completely phased out.

The full text of the proposed system is as under :

It has been said that separate instructions shall be issued for filing and processing of refund applications between October to December 2019.