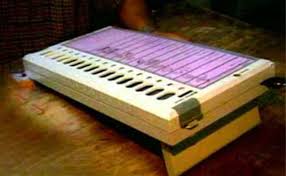 Jalandhar, May 5, 2018, (By SK.Vyas) No nomination paper was filed by any candidate on the third day of the making nominations for the by-poll of the Shahkot assembly segment.

Stating this here today District Election Officer Varinder Kumar Sharma said that the last date of making nominations was May 10 while the date of withdrawal of candidature was May 14. He also said that by-poll for Shahkot would be held on May 28 and results would be declared on May 31.