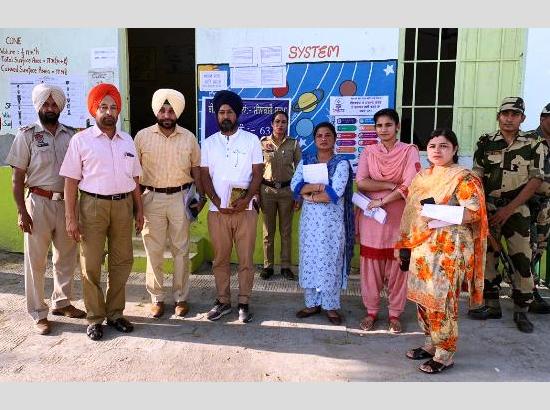 No votes polled at four booths in Ferozepur

As per the information, out of 4895 voters, 95 voters are registered voters of army personnel, for Booths No.61, 62, 63 and 64 sets up in Grammer Sr.Sec. School.  The reason behind zero polling is stated to be that meanwhile the army units have been shifted from this place.

DEO-cum-DC Ferozepur, when contacted, informed that all arrangements were made for polling of votes at these booths also. The polling is nil due to the shifting of army units to some other places.

Bharat Bhushan takes round in view of water accumulation

DC,CP and SSP thank voters and Officers/Officials for smppth polling
63.11% turnout by 6 pm in Ferozepur
Comment