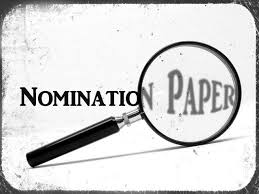 19 CANDIDATES LEFT IN FRAY AFTER SCRUTINY OF THE NOMINATION PAPERS
By SK.Vyas :

Meanwhile, Sharma said that the date of withdrawal of candidature was May 2. He also said that polling for the Lok Sabha elections would be held on May 19 and counting would take place on May 23.