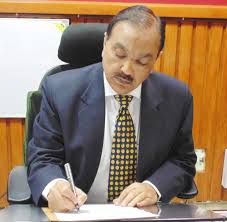 Divulging the details, the deputy commissioner said that no officials will be spared for callousness in the poll duties, adding that he said that those employees who would remain from the rehearsals and poll duty have to face legal as well as departmental action.

Election Duty was a national duty and any sort of callousness on part of the officers/ officials in performing this duty was unwarranted, undesirable and intolerable, Mr. Gaind said. He further added that It was our responsibility as government officials to carry out our election related duties diligently. It has been found that around 250 government officials were absent during the first rehearsal for the poll on April 28 and such acts will not be tolerated at any costs, the deputy commissioner said.

He said that the show cause notices against these officials have already been issued by the district administration which will be served through the police department. The concerned officials have been asked to reply within 48 hours the reason for their absence and why the action shouldn’t be taken against them,” he added.

He said that if the district administration remains unsatisfied with the reply, the legal action will be initiated against the erring poll staff under section 134 of the representation of the people Act.

For the ensuing Lok Sabha elections on May 19, around 4800 poll staff has been deployed on various duties by the district administration and the first rehearsal of poll staff took place on April 27, where around 250 employees/officials remained absent, he added.

He exhorted the poll staff not to abstain themselves from election duty as this was most important duty in any democratic set up and we all must come forward to perform our duties zealously.