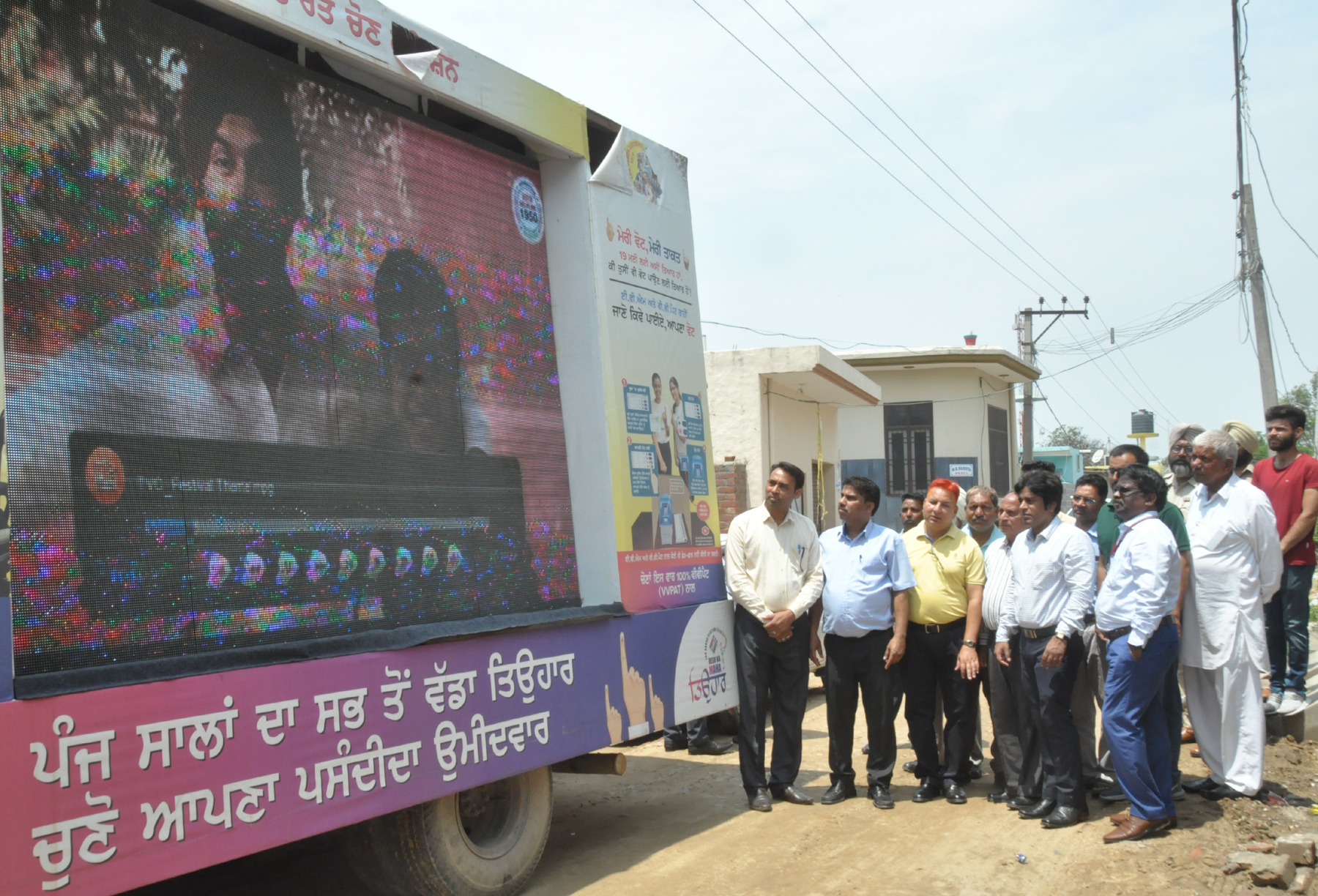 The Election Observer, accompanied by Additional Deputy Commissioner Jalandhar cum Nodal officer SVEEP Mr. Jasbir Singh, visited villages Mustafapur and Sudana in the district where special vans for voter awareness were disseminating the message of ethical voting. During his interaction with the staff involved in the SVEEP activities, the Observer asked them to perform their duty diligently for ensuring that more and more number of voters were encouraged to cast their franchise. He said that the thrust must be laid on encouraging the first time voters and the PWD voters to ensure that they use their right to vote for strengthening democracy at grass root level.

Meanwhile, apprising the Observer about the SVEEP activities, the Additional Deputy Commissioner said that these vans have been flagged off by the Deputy Commissioner Varinder Kumar Sharma to disseminate more and more information regarding the voting rights. He said that these vans have played a vanguard role in awakening the people about their voting rights. Jasbir Singh said that the van fitted with audio system have been visiting the villages and towns in the district and spread the message of ethical voting to the masses.

The Additional Deputy Commissioner said that these van have acted as a catalyst to make the people, especially youngsters, aware of need for enrolling them as voters in democratic system and about their voting rights. He said that this medium has been aptly utilized for generating maximum awareness amongst the masses so that they could actively participate in the ongoing democratic process.

Red Carpet welcome to be offered to Voters at 45 Model Polling Booths in Jalanadhar,DC
RANDOMIZATION HELD FOR 24 ADDITIONAL EVMs TO BE PUMPED IN DURING ENSUING LS POLLS
Comment