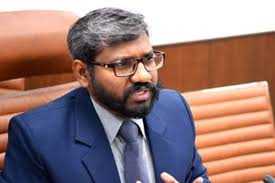 Chandigarh, April 01, 2019:    today appoints Kuldeep Kumar environment engineer of Punjab Pollution Control Board to monitor the issues related to compliance of norms of Noise Pollution (Regulation and Control) Rules, 2000 during the ensuing period of Model Code of Conduct.

The CEO said that use of such sound system whether fitted on vehicles of any kind whatsoever, or in static position was prohibited for a public meeting, general propaganda during above mentioned hours.

He further said that Loudspeakers being used beyond the given hours would be confiscated along with all apparatus connected. The political parties candidates/any other persons using loudspeakers on moving vehicles, including but not restricted to trucks, tempos, taxis, vans, three wheeler scooters, cycle rickshaws, etc. shall intimate registration identification number of that vehicle to the authorities granting permission to use loudspeakers and such registration identification numbers of the vehicles shall be indicated on the permits granted by the authorities concerned.

Any vehicle on which a loudspeaker is used without the said written permit shall be confiscated along with the loudspeaker and all the apparatus used.