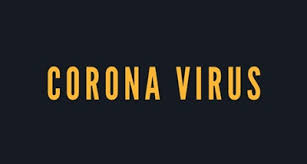 Jalandhar, March 26, 2020 ( By SK.Vyas):   The administration today started a major identification drive in Nizatam Nagar of the city after one case of Corona Virus was detected positive.

Under the supervision of the Sub Divisional Magistrate Rahul Sindhu and Assistant Commissioner of Police (ACP) Barjinder Singh, the teams have been pumped in to conduct house to house survey for identification of patients, if any, of the fatal virus.

Rahul Sindhu said that the Police were also identifying the people with whom these three people had met in the last couple of days.  He told that massive sanitation drive would also be embarked by spraying the disinfectant in the area.

The Sub Divisional Magistrate said that the teams would be thoroughly sanitizing each and every house in the area for ensuring that no one falls prey to the virus in the coming days.

Sindhu further said that the area has been completed sealed and the supply of milk, vegetables and grocery would be made by the administration through the people authorized for this purpose. He said that any person found symptomatic of the virus would be quarantined to contain the further spread of this virus. Sindhu said that special Executive Magistrates have been appointed round the clock in the locality to keep a strict vigil over the entire situation.

He said that no stone would be left unturned to ensure that the virus was checked with a heavy hand and was not allowed to spread further.

Punjab to release 6000 prisoners from jails across the state.
Amarinder Singh directs Police to be humane and sensitive in dealing with violations during Carfue.
Comment