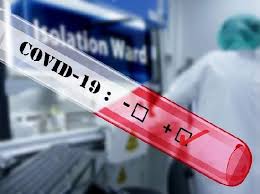 Ferozepur, August 1, 2020:  Hardly there is any day when Corona’s positive case has not surfaced in Ferozepur.  In the last three days, there was a hike in positive cases and today, 13 Corona +ve cases have been reported.

As per the information, since the outbreak of corona, 465 corona positive cases have been reported and still, 230 cases are active when 228 have cured and discharged.  Seven deaths have also been reported.

Among the new 13 cases – 8 male and 5 female – reported today,  11 are in contacts, one new case and one NRI, one police line and one police station from the stations/villages, Makhu, Mamdot, Nurpur Sethan, Zira, Alewala, Model Town and Dooniwala.

DC deputes  Medical Officers with Committees after inspection for batter-ordination

Riding on the heels of falling Case Fatality Rate, the Union Government decides to permit exports of ventilators
In COVID crisis, More than 1700 deliveries registered in Jalandhar
Comment