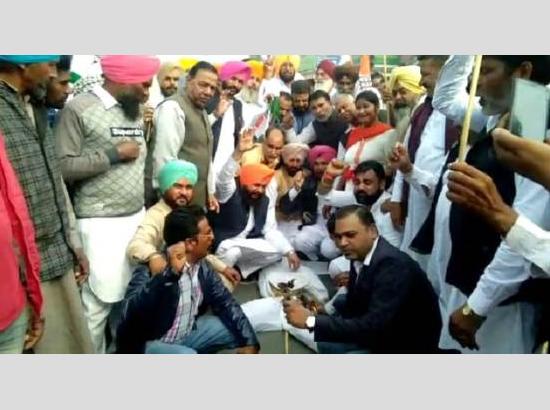 Kulbir Singh Zira, MLA from Zira constituency was also present on this occasion.  He said that the Centre was not taking any positive steps to improve the situation when every section of the society is facing difficulties and BJP government had been making only tall promises.  The leaders and workers raised slogans against the Modi government.

Earlier, the Congress has decided to hold nation-wide protest from Nov 5 to 15, against the BJP government’s misrule at all state capitals and district headquarters.