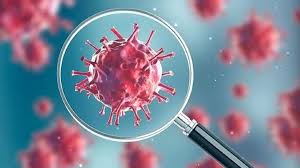 As per the information, among the two new cases, one is from the village side of Nurpur Sethan, reported to be having a travel history while the other one is a frontline worker in the area of City Enclave.

The active Corona cases in the district are now 116, with cured update figures as 211 and six deaths so far.

Further, the recovered are 9 from the hospital, 10 in-home quarantined, and 4 in other districts.  One positive case has also been reported to be transferred to district Tarn Taran.

Meanwhile, the Punjab Government has designated 22 IAS, IPS and PCS Officers as COVID Patient Tracking Officers – CPTOs to ensure effective coordination and expeditious response at the district level by tracking patients.  CPTOs will report to the respective Deputy Commissioners concerned and they shall perform their role in addition to their current duties.

At the same time, the Deputy Commissioner, Gurpal Singh Chahal has made an appeal to the citizens to remain alert about the precautions to be taken like wearing masks, washing hands, and staying at home. He said, only taking precautions as per the guidelines can save us as well as others,  from the infection of coronavirus.