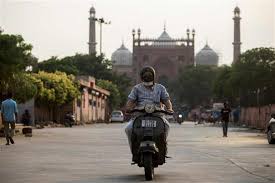 New Delhi:  5th June 2020:CM Arvind Kejriwal on Monday sought suggestions from the people of Delhi on whether Delhi borders should be opened. More than 7.5 lakh people in Delhi have sent their suggestions to Chief Minister Arvind Kejriwal over the opening of Delhi borders. Seeking suggestions from the people through WhatsApp 8800007722, email delhicm.suggestions@gmail.com and call on 1031, CM Kejriwal said that based on these suggestions, the Delhi government will decide on whether to open borders to allow inflow of people from other states for medical treatment and other services. He also said that the suggestions received will be discussed with a team of experts.
The move to seek suggestions from the public by the Delhi government has received an overwhelming response. Till 5 PM today, the Delhi government has received around 7,00,000 WhatsApp messages, 5000 emails, and 53,000 calls. More than 7.5 lakh people have sent their suggestions on the appeal of the CM.
Chief Minister Arvind Kejriwal had said that people from all over the country come to Delhi in search of better medical treatment. All the beds will be occupied in just 2-3 days if we have an influx of patients from across the country. He said, “Delhi is the capital of the country and cannot refuse treatment to anyone. What should we do? We need your guidance. Please send in your suggestions for the same, we will wait for your suggestions by Friday at 5 PM. You can WhatsApp your suggestions at 8800007722, or email at delhicm.suggestions@gmail.com. You can also record your suggestions on the number 1031.”
CM also announced the sealing of the borders for a week starting Monday, with essential services remaining functional and government officers continuing to travel on their identity cards. The Chief Minister said that based on the suggestions received from the people, he will talk to experts and decide on the future course of action on the opening of borders.
The Chief Minister will discuss the suggestions received from the public with experts on Saturday and take a concrete decision on the opening of the borders, along with reviewing whether or not the hospitals in Delhi should be reserved for the residents of Delhi.
By Lipakshi Seedhar: