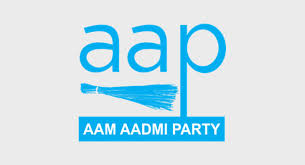 Aam Aadmi Party (AAP), Punjab, has demanded that the steps taken by the Arvind Kejriwal Government in Delhi

Chandigarh, November 8,2019The Aam Aadmi Party (AAP), Punjab, has demanded that the steps taken by the Arvind Kejriwal Government in Delhi, allowing open ‘darshan’ of Sri Kartarpur Sahib on the auspicious occasion of 550th Parkash Purab of Sri Guru Nanak Dev be emulated by the Shiromani Gurdwara Parbandhak Committee (SGPC), Capt Amarinder Singh government in Punjab and the Modi government at the centre.

On the occasion, Kultar Singh Sandhwan said that the Delhi government had started a free travel service by buses and trains for pilgrims belonging to all religions to various religious places across the country, which had now been extended  to Sri Kartarpur Sahib for Nanak Leva ‘Sangat’ of Delhi under the scheme, adding that the Delhi government would bear all the travel and other expenses, regardless of religion, race or nationality. The AAP leader added, “If the Delhi small government, which is close five-year-old, could take such a big decision, why couldn’t the SGPC, the state or the central governments?”

Sandhwan and Aman Arora raised serious objection over not clearing the visas of five AAP MLAs, who were among a delegation of MPs, MLAs and ministers, to have open ‘darshan’ on Sunday, November 9, through Kartarpur Sahib corridor. They have demanded a high-level probe into the matter and strictest action against those behind the discriminatory act.

Replying to a media query, he said the all the five AAP MLAs, including Sarabjit Kaur Manuke, Manjit Singh Bilaspur, Kulwant Singh Pandori, Master Baldev Singh Jaito and Jagtar Singh Jagga, were ‘Dalits’ and denying them visa without rhyme or reason showed the government’s anti-Dalit face, saying that other two belonging to the Congress echelon were given the visa while Manuka was denied the visa.

At the same time, Sandhwan demanded the lifting of passport conditions imposed by the Government of India for ‘darshan’ open of Sri Kartarpur Sahib by giving the alternative options of Aadhaar card and other identity cards for the visiting pilgrims.

On this occasion, Jai Kishan Singh Rori said the farmers in the state were left with no option but to burn paddy straw as the compensation being paid to them was for too inadequate. The urged Prime Minister Narendra Modi should announce a special package and a bonus of Rs 200 per quintal to deal with the problem they were currently wrestling with.