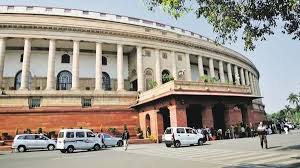 No provision of Article 371 would be violated by this Bill; contains the solution to the problems of the people of North East: Home Minister
CAB was in our manifesto and the people gave us a resounding mandate in 2019, thus it is the solemn resolve of this Government to fulfil its commitment: Shri Amit Shah
A committee under Clause 6 of the Assam Accord was not constituted for over three decades till Narendra Modi Government came at the centre: Home Minister
By SK.Vyas:

New Delhi, December 11, 2019:  Parliament passed the Citizenship (Amendment) Bill 2019, with Rajya Sabha passing it today. Lok Sabha passed the Bill on 9th December. While introducing the Bill in Rajya Sabha, Union Minister for Home Affairs, Shri Amit Shah said that the Citizenship (Amendment) Bill 2019, will give a new ray of hope to persons belonging to Hindu, Sikh, Buddhist, Jain, Parsi and Christian communities who have migrated to India after facing persecution on the ground of religion in Pakistan, Afghanistan and Bangladesh. Shri Shah reiterated that the Bill is not against any Minority in India and the rights of each Indian Citizen will be equally protected. He said that Narendra Modi government is committed to protect rights of each citizen of the country. The only religion that Modi government follows is the Constitution of India. He added, “We are not here only to run the government but to solve the genuine problems of the common man”.

Replying to the debate, Shri Shah said that the Bill is aimed at giving a dignified life to these people who had suffered religious persecution for decades by granting Indian Citizenship to them, if they fulfil conditions for grant of citizenship. The Home Minister said that grant of citizenship will be from the date and year of the entry into India and all the cases and legal proceedings against them would be closed, besides protecting their business and trade interests on an equal footing. Shri Shah said even if the passports and visas of these minorities had expired, they would not be treated as illegal.

Shri Shah said that while nowhere does this bill target India’s minority community, no illegal immigrants would be allowed to stay in the country at any cost. He also underlined that population of minorities in the Islamic States of Pakistan and Bangladesh had reduced considerably over the years, as they were either killed or forced to change their religion, and thus were forced to flee to India. He said that partition of India on religious lines and subsequent failure of the Nehru-Liaqat pact of 1950 in protecting the rights and dignity of the minorities in Pakistan and Bangladesh are the reasons for bringing this Bill. He added, “Had this bill come 50 years ago, this situation would not have arisen. The biggest mistake in history was the partition of India on religious lines. The CAB was in our manifesto and the people gave us a resounding mandate in 2019, thus it is the solemn resolve of this Government to fulfil its commitment”.

Responding to the questions on why only three countries were considered and why Muslims were not included in this bill, Shri Shah said that at different points of time in the past, citizenship had been given to refugees coming from countries like Uganda, Sri Lanka. Then, refugees coming from Pakistan, Bangladesh and Afghanistan were not considered. He stated that the process of awarding citizenship to refugees has been undertaken by different governments in the past on case to case basis from time to time, on reasonable qualifications to Article 14. This time the case of refugees fleeing religious persecution from these three countries has been considered through this Bill, which is not unconstitutional. He also informed that more than 560 muslims from these three countries have been granted citizenship in the last 5 years. Further, he added that the previous UPA government granted citizenship to 13000 Hindus and Sikhs only but Modi government is giving citizenship rights to 6 persecuted minorities, including Hindus and Sikhs.

Shri Shah said that there is no political agenda behind this bill, as the government is only concentrating on ending the sufferings of lakhs of persecuted refugees fleeing these three countries. The government had brought this bill in 2015 also but could not get it passed. Hence, it is clear the bill has never been brought by the government with any intention of gaining political mileage in an upcoming election. Neither is the definition of secularism narrow, the Modi Government sees this issue holistically. All the minority communities being persecuted on religious lines in these countries have been included. Muslims are not included as they do not face religious persecution in these Islamic countries. Shri Shah reiterated that Indian citizens of Muslim community do not need to fear anything, as this bill would not affect their citizenship in any way. He requested the opposition not to do politics on this issue and divide people on communal lines. “This Bill aims at granting rather than taking away someone’s citizenship”, he stressed.

Allaying the apprehensions of the people of North-Eastern regions, Home Minister said that the linguistic, cultural and social identity of the people of the region would be preserved and this Bill contains the solution to the problems of the people of these States, as amendments have been incorporated after marathon deliberations with various stakeholders from North East for last one month. He also assured the people of Sikkim that the Bill would not affect their rights in any way. The issue should be seen as a humanitarian one, beyond political ideologies, he added.

Shri Shah said that the provisions of the amendments to the Act would not apply to tribal area of Assam, Meghalaya, Mizoram or Tripura as included in the Sixth Schedule to the Constitution and the area covered under ‘The Inner Line’ notified under the Bengal Eastern Frontier Regulation, 1873. Shri Shah informed that Manipur has been brought under the Inner Line Permit (ILP) regime through a Gazette Notification today. The Bill also seeks to amend the Third Schedule to the Act to make applicants belonging to the said communities from the aforesaid countries eligible for citizenship by naturalisation if they can establish their residency in India for five years instead of the existing eleven years.

Assuring the people of Assam that their linguistic, cultural and social identity would be preserved, the Home Minister lamented that a Committee under Clause 6 of the Assam Accord (1985) was not constituted for over three decades till Narendra Modi Government came at the centre. Reiterating the Government’s commitment to protect and preserve the rights of the indigenous people, Shri Shah urged the Committee to submit its report at the earliest to the Central Government for effective steps to be taken to fulfil provisions of the Accord.

The Home Minister said that this Bill contains provisions to grant Citizenship on reasonable grounds to refugees facing religious persecution in the above three countries, which in no way go against any provision under the Constitution of India and does not violate Article 14. He also reassured that no provision of Article 371 would be violated by this Bill.

Talking about another amendment to the Act, Shri Shah informed that the Bill seeks to amend section 7D so as to empower the Central Government to cancel registration as Overseas Citizen of India Cardholder, after providing a reasonable opportunity of being heard, in case of violation of any provisions of the Citizenship Act or any other law for the time being in force.

The Home Minister replied to all the arguments of Members that the bill is arbitrary, as he expressed confidence in the fact that the Bill, if challenged in the court of law, would stand the scrutiny and also the test of times to come.(PIB).