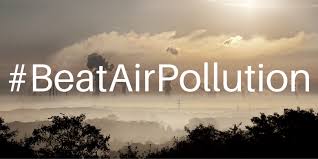 Jalandhar, June 2, 2019: In order to generate massive awareness amongst the people against the rising pollution level in the city, the Punjab Pollution Control Board (PPCB) has started a unique ‘Beat Air Pollution’ drive-by roping in school students to spread the message against the pollution in the district.

As a part of this campaign, the students of various schools had recently visited the Continuous Ambient Air Quality Monitoring Station (CAAQMS) at Circuit House, which has been installed to measure the real-time ambient air quality of the city. During their visit, the PPCB officials apprised the students that the air quality monitoring station measures eight parameters viz PM10, PM2.5, Sulphur Dioxide, Oxides of Nitrogen, Ozone, Carbon Dioxide, Carbon Monoxide and Ammonia to give Air Quality Index (AQI) of the city after every 15 minutes. They said that this air quality data was used to determine short term and long term strategies to improve the quality of the air in the city.

Divulging further details Executive Engineer of the PPCB Mr. Arun Kakkar said that it was a matter of concern that Jalandhar was amongst the 100 cities of the country where environmental pollution was on a constant rise. He said that the Ministry of Environment, Government of India has tagged Jalandhar as a non-attainment city in terms of alarming pollution levels, so the need of the hour was to control air pollution. Mr. Kakkar said that in recent times the Air Quality Index in the city has touched the level of 150 adding that this should be less than 100 to shun the non-attainment city tag.

The Executive Engineer said that this target could be achieved only through the active support and cooperation of the people. He further said that the aim of involving the students was that they should disseminate the message reducing alarming environmental pollution by planting more trees, controlling vehicle emission, stopping the burning of garbage and others.  Kakkar hoped that the students would act as ambassadors of ‘Beat Air Pollution’ campaign and persuade their parents, family members, peers and society members to make Jalandhar a clean, green and pollution-free city.