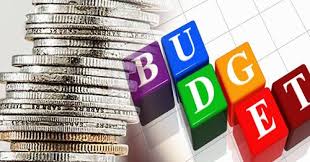 Chandigarh, March 4, 2020  (YS.Rana):   Haryana Transport, Mines and Geology Minister,  Mool Chand Sharma said that to prevent illegal colonies from flourishing in the State, a task force has been constituted under the chairmanship of the District Magistrate for implementation of the sections of Haryana Development and Regulation of Urban Areas Act, 1975.  Apart from this, efforts are also being made to avoid the public from investing their hard-earned money in these illegal colonies.

The Minister shared this information while answering to a question raised during the ongoing Budget session of Vidhan Sabha here today.

The Minister apprised the House that the Task Force includes Superintendent of Police, SDM, officers of various departments including Public Works (buildings and roads) and electricity.

He said that due to the efforts made by the State Government, the awareness level of these illegal colonies in the general public has increased significantly and people are now avoiding investing in such colonies.

He informed that constant efforts are also being made by the Government to provide affordable housing. In this regard, the license can be obtained for urban housing on minimum five acres of land under Deen Dayal Jan Awas Yojna, Haryana affordable housing policy and New Integrated Licensing Policy under Section 3 of Haryana Development and Regulation of Urban Areas Act, 1975 for urban housing on a minimum of five acres of land.