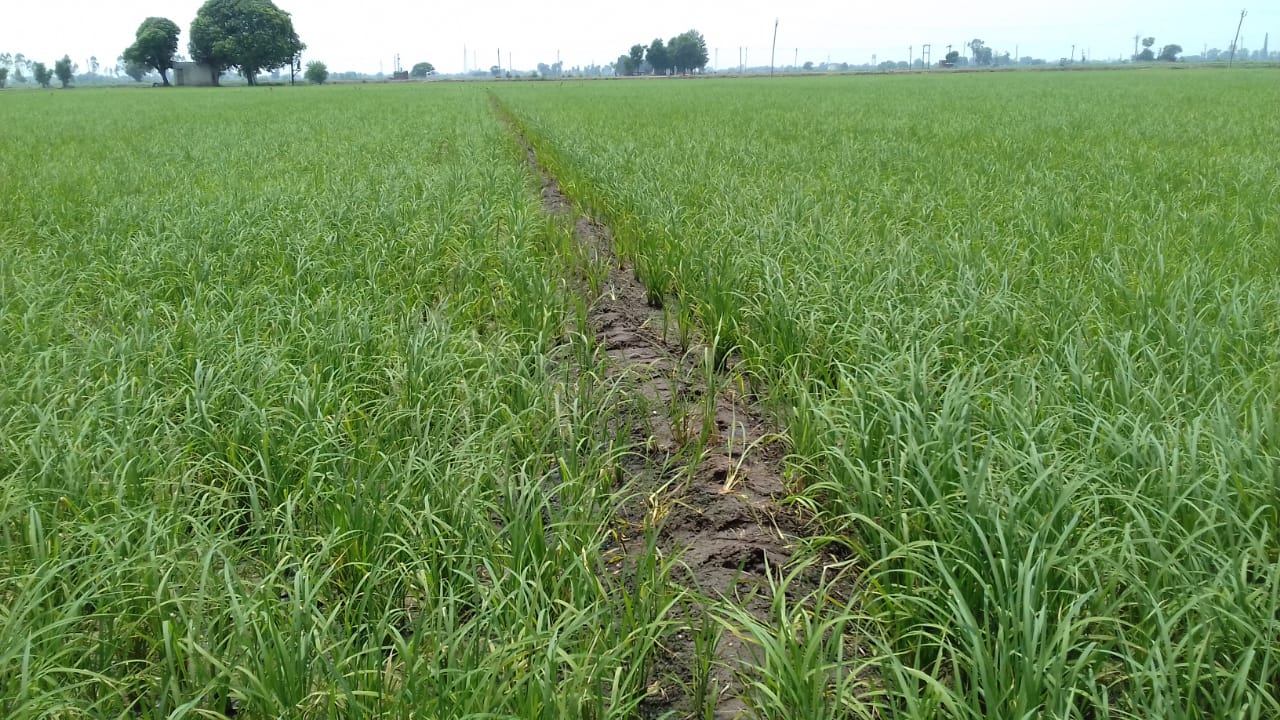 GOT SUBSIDIZED MACHINERY FOR STUBBLE MANAGEMENT

Fatehgarh Sahib, July 9, 2019: Progressive farmer Daljit Singh of village Mirpur has become a guiding light for other farmers of the district as he has gained maximum yield in last five years by not burning the stubble rather mixing it in field, resulting in an increase in productivity and less consumption of water and fertilizers. With this, he sets an example of environmental protection also. He is motivating the farmers not to burn the stubble in the field rather mixing it in the fields.

Farmer Daljit Singh is doing cultivation in village Mirpur by taking 32-acre land on lease and has not burnt the stubble for last five years. During this season he has done direct plantation of paddy in 08 acres of land. He said that for direct plantation he has bought DSR machine for which subsidy amounting to Rs. 18000 was given by the Department of Agriculture and Farmer Welfare. Besides this Daljit Singh has also bought Rotavator, straw chopper, and wheat sapling machine on subsidy. The farmer has also adopted dairy farming as an allied occupation and is gaining profit.

According to Daljit Singh, Govt. is creating awareness to adopt crop diversification, as the traditional crops give less profit with maximum input. As such, to strengthen the economy farmers has to adopt allied occupation along with agriculture. Farmer Daljit Singh said that depletion of a natural resource water is increasing day by day and environment pollution is the main concern and we have to make every possible effort for the protection of the environment. He said that for proper management of stubble, modern machinery on subsidized cost is being given to the farmers and farmer groups under Promotion of Agriculture Mechanism for In-Situ Management of crop residue Scheme. The subsidy is provided to farmers and farmer groups at a rate of 50 % and 80 percent, respectively.