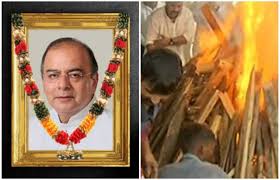 Chandigarh, 25 August, 2019 : The Punjab Government has declared a one-day state mourning on August 26, 2019 in respect of former Finance Minister of India Arun Jaitley, who has passed away on August 24, 2019 in New Delhi.

According to a spokesman of the state government, there will be no official entertainment in government offices on this day.