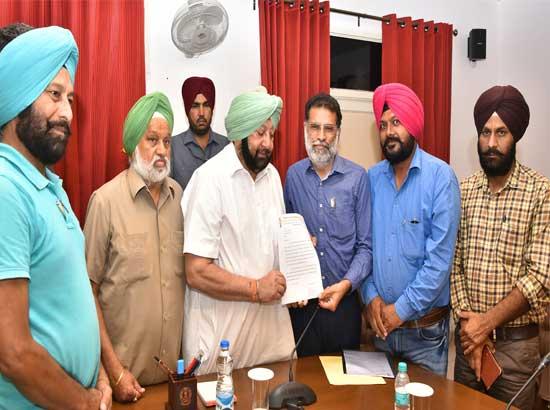 Chandigarh, August 21, 2019: A delegation of the Punjab and Chandigarh Journalists Union on Wednesday met Chief Minister Captain Amarinder Singh to thank him for extending the ‘Sarbat Sehat Bima Yojana’ to Accredited and Yellow Card holding journalists of the state.

The delegation, led by union president Balwinder Singh Jammu, said the scheme would benefit nearly 4500 journalists as a result of the chief minister’s initiative. They also thanked Captain Amarinder for announcing a pension scheme for veteran journalists, besides giving exemption to journalists from toll tax on the State highways.

The Chief Minister reiterated his commitment to the welfare of the journalists, who performed tough tasks in their line of duty, and also recalled his personal ties with many journalists during his political career. In response to a request from the delegation, he said he was always ready to address their grievances.