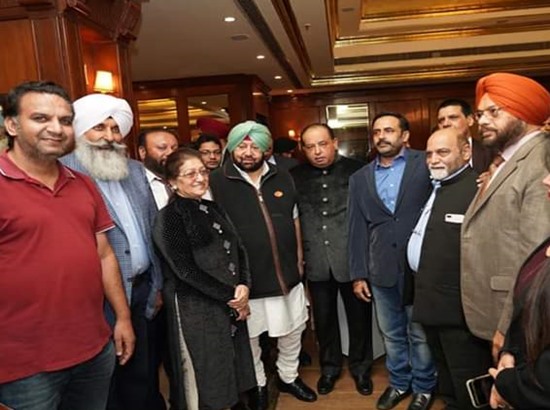 Jalandhar, November 12, 2019: Punjab Chief Minister Captain Amarinder has assured the Punjabi diaspora settled abroad that he would take up with the Chief Justice of the High Court, as well as the Central Government, the issue of setting up Special Courts to expeditiously settle cases of those who had been declared Proclaimed Offenders (POs) after fleeing Punjab during the dark days of terrorism.

He was responding to a request from a group of NRIs here for the 550th Prakash Purb celebrations of Sri Guru Nanak Dev ji last evening. The Chief Minister honoured the NRIs with books on the life and philosophy of Guru Nanak Dev ji, a commemorative coin and a memento.

The NRIs expressed the concern that many of those who had immigrated abroad were unable to visit Punjab and pay their respects at the Darbar Sahib and other holy places as they had been declared POs on account of their inability to appear before the courts in certain cases.

The Chief Minister said he would discuss with the Chief Justice of Punjab & Haryana High Court the possibility of setting up a Special Court to resolve such cases speedily.

He further said he would take up with the Government of India the possibility of setting up such Special Courts in a few Indian Missions abroad, such as UK, USA, Canada, Germany and France, where a large Punjabi population resided. 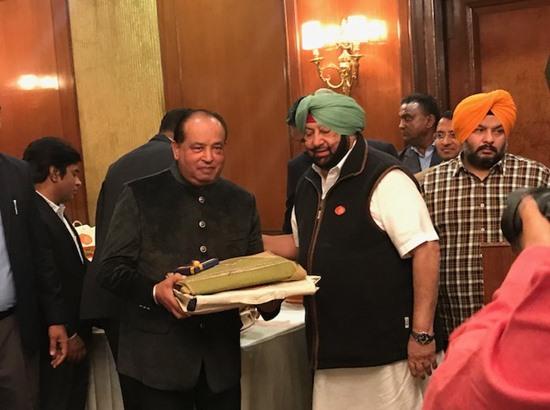 The Chief Minister urged the Punjabi Diaspora to join his government’s efforts to lead the state to a new era of development, with the aim of securing the future generations and enabling their progress. He appreciated them for making Punjab and India proud with their work in different parts of the world. Referring to his Government’s flagship programme ‘Connect With Your Roots’, the Chief Minister thanked the NRIs for motivating their children to participate in the same. He urged them to encourage more youngsters to visit Punjab and connect with their ancestral legacy. Speaking on the occasion, President of  the Council of Gurdwaras Management Committee UK, Avtar Singh,  expressed  gratitude to Captain Amarinder Singh for acceding to their long pending request for getting the blacklist abolished  by Centre through  his personal efforts.

NRI from South Hall, Jaswant Singh Thekedar, expressed confidence in the dynamic leadership of Captain Amarinder for prompt resolution of NRI issues to their satisfaction.