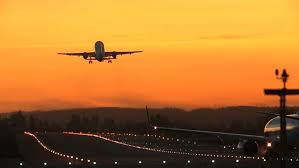 Amritsar, December 3, 2019: Travelers between Punjab and Kolkata will not have to travel via Delhi anymore, as the first flight between Amritsar&Kolkata by Indigo airlines took off from Shri Guru Ramdas Jee International Airport Amritsar. With the introduction of this flight, the travel time between Amritsar and Kolkata is now reduced to just 2 hours 40 minutes.

This direct flight also conveniently connects passengers one-stop via Kolkata traveling to other domestic and international destinations including Guwahati, Siliguri, Agartala, Bhubaneswar, Ranchi and Bangkok. The flight will depart from Kolkata daily at 4:30 am and reach Amritsar at 7:10 am and then leave for Kolkata at 10:45 am. From February 16, 2020, the departure from Amritsar will be 8.10 am and arrival at Kolkata at 11 am whereas the departure from Kolkata will remain the same i.e 4.30 am.

Yogesh Kamra, Convener (India) for FlyAmritsar Initiative and Secretary, Amritsar Vikas Manch along with member Daljit Singh Saini arrived in Kolkata on the first flight.The Sikh and Punjabi community of Kolkata accorded a warm welcome to them at the Kolkata airport by offering them bouquets.

Speaking on the occasion,Mr. Karma said that this flight will not only increase the flow of tourists between these cities, but also give a positive boost to the business. Apart from this, the international connectivity of these cities will also get a boost as travelers from Kolkata can also connect on international flights from Amritsar to the western routes for Birmingham, London, Dubai, Sharjah, Doha, Ashgabat and Tashkent.

A local Kolkata resident Jagmohan Singh, a member of Dharam Prachar Committee of Shiromani Gurdwara Prabandhak Committee, said that the flight will not only benefit Sikhs but the entire Bengali community as they will be able to reach Harmandir Sahib & other shrines to pay obeisance in less than 3 hours. Another resident, Simrit Pal Singh appreciated the efforts by FlyAmritsar Initiative for the start of this flight, he also thanked the Union Government and the Ministry of Civil Aviation for permitting this new flight. Sardarni Santokh Kaur, wife of former Punjab Cabinet Minister and Secretary of the Shiromani Gurdwara Prabandhak Committee, late S. Manjit Singh Calcutta, also travelled on the first flight. It is pertinent to mention that Amritsar Vikas Manch had taken up the task and had met the then Minister of State for Civil Aviation Jayant Sinha and Minister of State for Tourism KJ Alphons on July 25 in 2018 with a request to increase domestic connectivity from Amritsar airport. The minister had promised to allocate flights under phase 3 of the UDAN scheme that will provide connectivity to cities of tourism importance. Six routes from Amritsar to Kolkata, Patna. Jaipur, Dharamshala, Varanasi and Goa were sought. All routes were allocated and bidding conducted. Of these, three routes from Amritsar to Jaipur,Patna and Kolkata were successfully bid by airlines. Flights to Jaipur and Patna had already started.