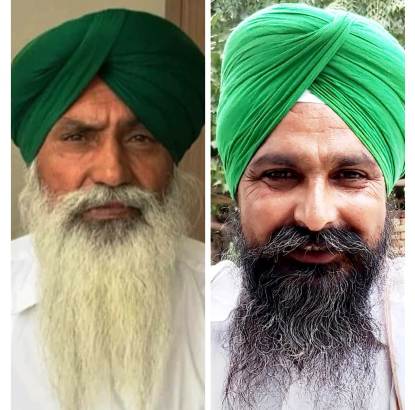 KMSC urges the government to strengthen public institutions as people-friendly.

Protesting against the government’s decision to allow commercial coal mining, Coal India trade unions started their three-day strike beginning on Thursday, a move that may hit around four million tonnes of production.

Kisan Mazdoor Sangharsh Committee Punjab State President Satnam Singh Pannu, State Public Secretary Sarwan Singh Pandher speaking to the media persons strongly condemned the Modi government which was running on the path of privatization under the pretext of Covid-19 and handed over 74 coal companies to private hands by giving full support to a general strike by the trade unions in the country.

They also termed the privatization of 154 trains on 109 routes as a wake-up call for the general public across the country and demanded an end to the move of privatization being run in the railway department. The farmer’s leaders further said that the coal companies were extracting 13 lakh tonnes of coal in a day and 40 lakh tonnes in three days. The leaders said the Modi government is going to hand over the country’s financial resources to the corporate world, such as coal mining, public food, railways, Air India, insurance, BSNL, power, agriculture the public institutions that are built with public money. By indulging in all these, it is paving the way for the closure of cheap facilities available to the public, they added.The private hospitals and schools and other private sectors have failed miserably. The farmer leaders demanded the privatization in various departments through ordinances should be stopped immediately and strengthen the public institutions as people-friendly.