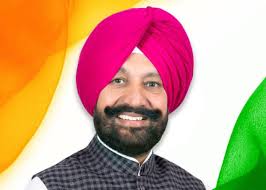 Chandigarh,  February 14, 2020 – The Health & Family Welfare Minister  Balbir Singh Sidhu has ordered immediate withdrawal of the letter issued by the Directorate of Health & Family Welfare to the districts in connection with no free services for emergency medical treatment during first 24 hours and free treatment to girl child of 1-5 years age in the Punjab Government Hospitals.

Giving details in a press communique, the Health Minister clarified that the said communication was inadvertently issued by PNDT Division without any approval of the Government. He said that the matter was brought in to his notice and he has ordered immediate revocation of the communication.

Balbir Singh Sidhu reiterated that free treatment for a 1-5 year girl child and the first 24 hours in the emergency are being provided in the Government Hospitals and these services shall remain free for the public as before.

The Health Minister further stated that Captain Amarinder Singh led Punjab Government is committed to providing the quality health services across the State so that Chief Minister has commenced the Sarbat Sehat Bima Yojna which has covered around 2.2 crore population of State. He said that this flagship scheme is also proving to be boon for the people of the state.

Underlining the health services provided under this scheme, the Cabinet Minister revealed that already 1,54,513 patients have availed free treatment under the Sarbat Sehat Bima Yojana and Rs.176.75 cr. has been spent on their treatment. While giving further details about the scheme the Health Minister disclosed that 41,36,980 e-cards have been generated and 692 hospitals across the state have been empaneled. He said that about 2,860 Heart Surgeries, 4,557 Joint Replacements, 2,564 Cancer Treatment and 28,342 Dialysis have been undertaken till date under the scheme.