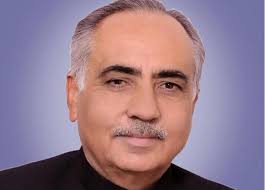 Candidates to be Allotted Departments On Merit

Chandigarh, June 10, 2019: Putting an end to opacity, Punjab Subordinate Services Selection Board (SSSB) in a first of its kind initiative, has begun allotment of Departments to the shortlisted candidates on merit, informed Raman Behl, Chairman, SSSB.

Behl informed that SSSB conducts exams for the recruitment to Group C posts for various departments of the State government. Earlier, after the exams, the departments were allotted to the shortlisted candidates randomly. This methodology lacked transparency and hence the candidates were skeptical about the allotments.

The step is line with the Chief Minister Captain Amarinder Singh’s directions to allot departments to candidates shortlisted by the SSSB to be done on merit basis in a transparent manner..

Behl said that as in the Civil Services exams the candidates are asked to give their priorities, similarly, the candidates shortlisted through written exams conducted by SSSB now have the option of choosing the department of the choice. He said that 48 departments are available for clerks to opt from and 28 for the steno typists. These departments are displayed on the website of the board, out of which every candidate is permitted to list 6 options. After the success in exam, the candidates are allotted department out of their given option with topper in the merit list getting an option to choose first.

Further detailing the process, Behl said that the SSSB Board has conducted the exam for recruitment of 1883 clerks and 403 steno typists. The counseling for clerical posts has commenced on June 10. During the counseling shortlisted candidates are called to the office of SSSB in batches of 50, beginning from the top of the merit list. Therein the candidates mention their priority departments and are allotted jobs in the same as per the vacancy. Every day the list of available vacancies is updated after allotments done on a preceding day so that the next batch of candidates is aware of available options.

Chairman said that not only will the “merit prevail in this new system but also will it go a long way in restoring the faith of youth in the fairness of the system”. Besides, this will minimize litigation as it will involve zero discretion of SSSB authorities and every candidate would be aware as to why he was allotted a particular department.

Talking of other reforms in the selection process, he said that type- test conducted for the clerical post is now followed by the on-the-spot computerized result to the candidates on completing the test, with complete details of type speed and errors made in the test.

Sharing information on the working of the SSS Board Mr. Amarbir Singh Sidhu, Secretary Punjab SSSB said that earlier most of the time and energy of the board employees were wasted in replying to RTI queries pertaining to allotment of departments to the shortlisted candidates and in filing replies to the court cases filed by discontented candidates. But, allotment criteria in the new process is crystal clear. Now, even the reason for holding the result of a candidate in abeyance is displayed on the website and he or she is given ample time to reply and get the objection removed.

“The amendment in the procedure will reduce miscommunication and bring greater efficiency in the performance of Punjab Subordinate Services Selection Board,” said Sidhu.