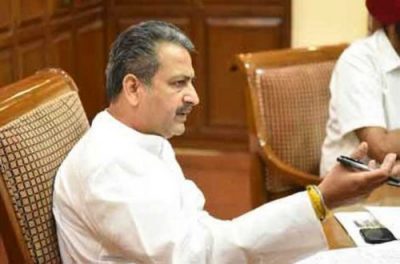 Chandigarh, April 10, 2020, Punjab education minister  Vijay Inder Singla said that Punjab cabinet under the chairmanship of CM Captain Amarinder Singh has decided to prepone summer vacations of both government and private schools in the state to cope up the study losses due to lockdown imposed to avert coronavirus.

Singla said that now the one-month summer vacations will start from April 11 till May 10. The education minister said that the cabinet also decided to promote class V and VIII students of Punjab School Education Board (PSEB) based on the examinations given by them before the imposition of curfew in the state.

Vijay Inder Singla said that the parents were worried about loss of the study of their wards during the curfew and decision of preponing the vacations would give relief to them. He added that all private schools should also have to start the vacations from April 11 but they are free to extend the period as per their requirement.

The cabinet minister said that PSEB has conducted three examinations of class V before imposition of curfew and now the cabinet has decided to cancel the remaining two papers. He added that in the case of class VIII, the practical examinations were pending but now the board would declare the results without conducting any further examinations for both the classe