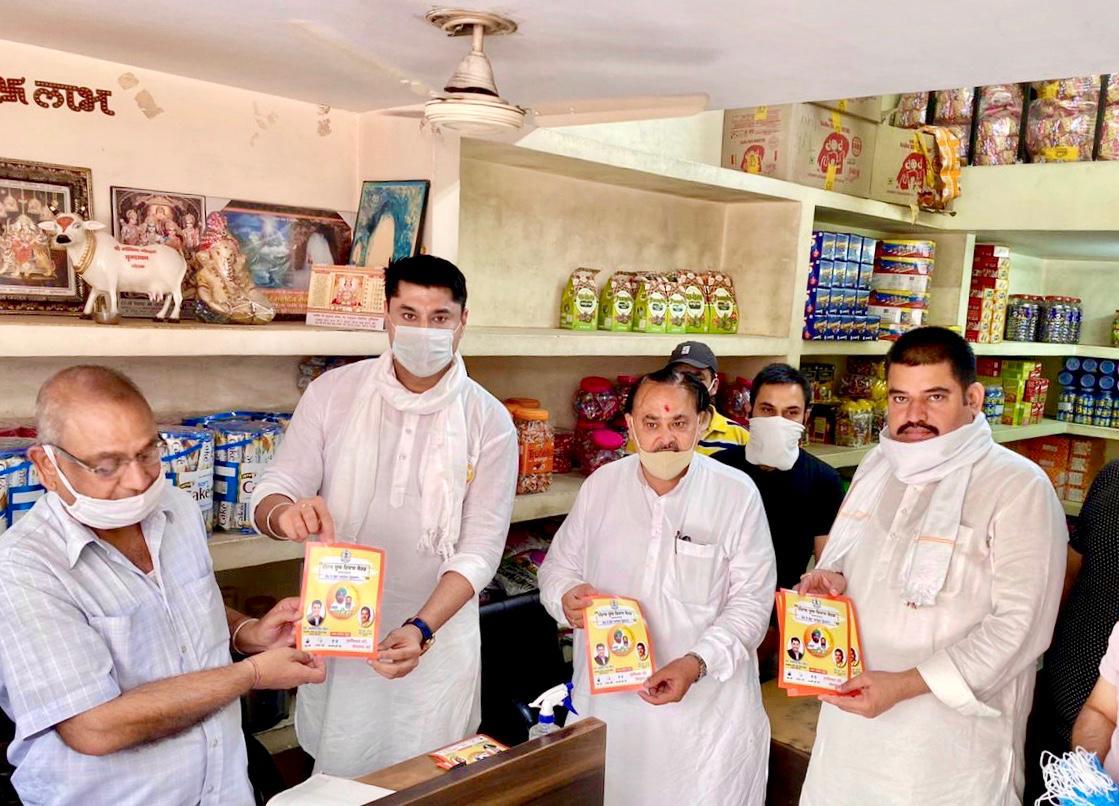 Ludhiana, July 4, 2020: Under the Mission Fateh of the Punjab government, the Punjab Youth Development Board Chairman  Sukhwinder Singh Bindra, along with his team today created awareness amongst the masses by visiting door to door in different parts of district Ludhiana.

He educated the masses regarding wearing masks, maintaining social distancing and washing hands properly and repeatedly.

Launched under the aegis of Information and Public Relations Department of Punjab government, the Mission Fateh campaign has been launched to make the people aware of the precautionary measures taken by the government and the health department to prevent the spread of Coronavirus in all rural and urban areas of the state.

Sukhwinder Singh Bindra said that under this public awareness campaign ‘Mission Fateh’ launched by the Punjab government to rid the state of COVID, ground activities are being organized in the district. He said that all members and district coordinators of the Punjab Youth Development Board would educate the masses about the ways to save themselves from COVID- 19 in the entire state. He said that this initiative has started in the district today.

He said that people above 65 years of age and children below 10 years, pregnant women and people suffering from other diseases were advised to stay indoors and should go out only in case of any emergency. He said that the youth of Punjab are playing an important role in weeding out COVID 19. He said that the number of positive cases in Punjab is much less as compared to other parts of the country. The reason behind this is that the citizens are supporting the Punjab government by following all its directions. He said that it is very necessary for the citizens to follow government directions in the future as well.

Commissioner of Police Rakesh Kumar Agrawal urged the residents to follow the directions issued by the Punjab government and health department if they want to keep everyone around them safe. He assured that all the personnel of Ludhiana Police has been on the forefront in the fight against COVID- 19.

Additional Deputy Commissioner (General) Amarjit Singh Bains said that under the Mission Fateh of the Punjab government, different government departments are educating the masses as per the schedule. He said that the Cooperation Department would carry out this awareness drive tomorrow, i.e. on July 5.

Nitin Tandon, District Coordinator, Punjab Youth Development Board, was also present on the occasion along with other officials.