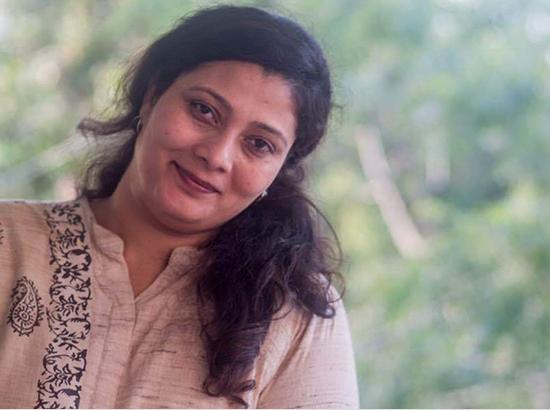 Mumbai, June 24, 2019: Rachna Khaira, who wrote for The Tribune, has bagged the prestigious RedInk Award for ‘Journalist of the Year’ for her far-reaching expose during Calendar 2018 on the functioning of the Unique Identification Authority of Indian (UIDAI) and its Aadhar data cache. Her investigation confirmed that personal data of millions of citizens were at risk of being hacked or traded for a price. By running a series of stings, the journalist was able to raise serious doubts about the claims by the government that Aadhar data stored in UIDAI servers were safe and secure.

Many of the leads provided by Ms. Khaira become part of public interest litigation (PIL), which finally led to the onerous and mandatory aspects of Aadhar being watered down.
However, instead of complimenting the journalist for having brought to light the deficiencies of the system, and the threat posed to the privacy of the citizen, the UIDAI launched police action against Rachna Khaira, her editor Harish Khare, and the newspaper The Tribune.
Rachna Khaira currently works for the Huffington Post.
The Mumbai Press Club, which has instituted the RedInk Awards for Excellence in Journalism, has bestowed the coveted Lifetime Achievement Award this year jointly to two retired senior journalists – Dinu Ranadive, 94, who retired from the Maharashtra Times, and Photojournalist Sebastian D’Souza, who served as Photo Editor of Mumbai Mirror.
In selecting the names of Dinu Ranadive and Sebastian D’Souza among an array of distinguished journalists, the Managing Committee has sought to recognize their decades of hard-nosed ground news coverage; and the deep impact they made in their heydays without getting the recognition they deserved.

Dinu Ranadive, who retired as the Chief Reporter of Maharashtra Times, started his career as the founder-editor of the Samyukta Maharashtra Patrika in the 1950s, which had a lasting impact in the movement for the unification of ‘Maharashtra’ as a state based on language. He then did exemplary work on reporting on the Goa Freedom Struggle in 1961. This was followed by frontline war reporting during the Bangladesh war in 1970-71, during which he trekked on foot to the rural areas around Chittagong. Again, in 1982, when Maharashtra went through the throes of the ‘cement scandal’, where then chief minister A.R. Antulay was named for out of turn allotments of cement to builders, Ranadive excelled with a series of breaking stories that kept the Maharashtra legislature on the boil.

Sebastian D’Souza, always a frontline news photographer, achieved acclaim for his photographs that ‘captured’ the Lashkar-e-Taiba terror attack on Mumbai on 26 November 2008. His close-ups of Ajmal Kasab, one of the terrorists who spread havoc at the Chhatrapati

Shivaji Train Terminus, as well as the other heart-rending scenes,  became viral all over the world. However, his courage and determination to get those photographs went unrewarded. Earlier, as a photojournalist of the French news agency AFP, Sebastian’s coverage of the February-March 2002 Gujarat Riots in 2002 was of outstanding quality. The faces and the incidents he ‘shot’, often taking the risk of moving with rampaging rioters, brought out the horror of communal riots and the pain and suffering they caused.