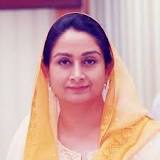 Bathinda, December10,2019: Here is good news for the devotees of Sri Guru Ravidas ji. Indian Railways have granted a 50 percent concession in travel fare on 643rd birth anniversary celebrations being organized at Varanasi.

While sharing the letter issued by Railway minister Piyush Goyal on her facebook page and twitter handle, Harsimrat Kaur Badal thanked her cabinet colleague for the decision.

“Thank you Piyush Goyal ji for acceding to my request for granting 50 percent concession in Rail fare to the devotees travelling to Varanasi to attend the 643rd birth anniversary celebrations of Sri Guru Ravi Das Ji on Feb 9, 2020,” reads her tweet.

Notably, the letter issued by Piyush Goyal states that the Railways ministry took the decision considering it a special case on her request.

As Harsimrat shared the copy of the letter on social media, it was flooded with messages people thanking her and Goyal for the goodwill gesture. Members of Sri Guru Ravidas community hailed Harsimrat’s effort mentioning that it showed her secular and pro-people approach for which the community would honour her.