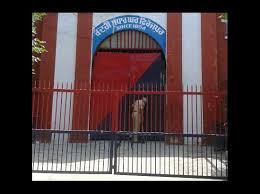 Ferozepur, July 1, 2019:  After the incident of clashes inside the jails premises at Ludhiana, the jail staff has intensified the search operations but with the recovery mobile from the prisoner in Ferozepur jail has put a question mark on the working and security of jail authorities.

On the statement of Assistant Superintendent Jail, a case has been registered against Gurvinder Singh alias Guri hailing from Rukanshah Wala for recovery of mobile with SIM in Barrack No.3 during the search operation.  Vikramjit Singh has been appointed as IO to look into this case.

Added here, there are around 150 notorious criminals among the 1287 inmates in the Ferozepur jail against its capacity of 1135 and several residential and commercial establishment coming up around the Central Jail is posting a threat to the security of the jail.

Once in 2014, it was decided to shift the jail on the outskirts of the city but due to the involvement of heavy expenditure, the existing jail was ordered to be renovated. However, PUDA has auctioned the land around the jail where commercial shops and house have come up even touching the boundary line of the jail.  Even from the top of the house’s activity and it is easy to throw any item inside the jail. Sometime back, habit-forming material – biddies – were also thrown from outside in the ball. Moreover, there had been the recovery of more than 100 mobiles in one year

Despite all this, no mobile jammers have been installed despite sending a proposal to the government and prisoners taking advantage of this become live on social media and in constant touch with their counterparts doing illegal business.