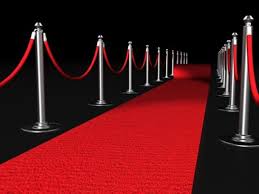 Jalandhar, May 19, 2019:As many as 45 Model Polling Stations would be set up in the Jalandhar Parliamentary Constituency during the upcoming Lok Sabha polls on May 19 to accord a ‘Red Carpet Welcome’ to the electors on the polling day.

Divulging the details, the Deputy Commissioner cum District Election Officer Jalandhar Varinder Kumar Sharma said that the prime motive behind this was to add further value to polling station system and to make the entire experience of voting pleasant and enriching one. He said that there were nine assembly segments viz. Adampur, Kartarpur, Nakodar, Shahkot, Phillaur, Jalandhar Cantt, Jalandhar Central, Jalandhar North and Jalandhar West in the Jalandhar Parliamentary Constituency. Mr. Sharma said that every assembly segment would have five Model polling stations, which aims at adding value addition to the actual experience of the voter at a polling station on the day of voting both in terms of ease and comfort of voting besides strengthening his association with the entire process.

He  said that the Model Polling stations would have good condition building with fresh wall painting, easy access to building, good quality furniture for polling personnel and polling agents, voting compartments of fiberglass, display boards/ signages, provision of basic minimum facilities, voter assistance booth manned by Booth Level Officer and other facilities such as Red Carpet welcome of the voters and flowers being distributed to them. Likewise, he said that these votes would also have improved queue management with rope separators, the assistance of volunteers, priority voting for PWD, senior citizens, pregnant and lactating mothers.  Sharma said that there would be the facility of medical first aid for the voters at the booth along with a feedback form to be filled by the voters.