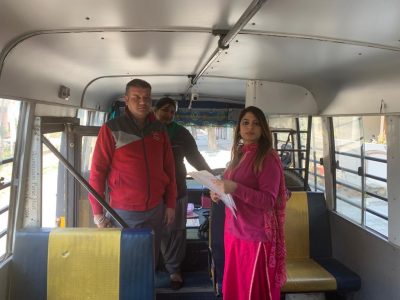 Jalandhar, February 18, 2020: Continuing its spree against the school vehicles flouting security norms while ferrying the students to the schools, the district administration today checked 133 vehicles, challenged 37 and impounded four of them.

Divulging the details, the Deputy Commissioner Jalandhar   Varinder Kumar Sharma said that on the directions of the Punjab Chief Minister Captain Amarinder Singh the campaign to nail the vehicles violating the road safety norms for ensuring safety and security of the school children was carried for the second consecutive day. He said that during the drive, the Secretary Regional Transport Authority checked 52 vehicles, challaned 15 and impounded two for flouting the safety norms. Likewise, Sharma said that Sub Divisional Magistrate Nakodar checked eight vehicles and challaned three of them. 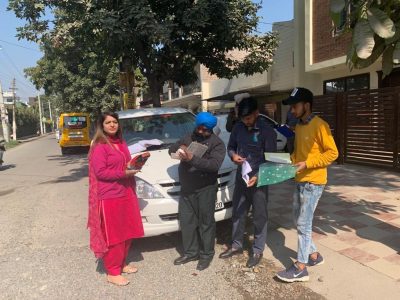 Meanwhile, the Deputy Commissioner said that the drive would continue till any one of the vehicles was found violating the security norms while ferrying the school students to the educational institutions. He said that the state government and the district administration was committed for checking the plying of all such vehicles and no stone would be left unturned for this noble cause.  Sharma categorically said that every effort would be made to ensure that these vehicles who were violating the security norms do not play havoc with the lives of innocent school children.