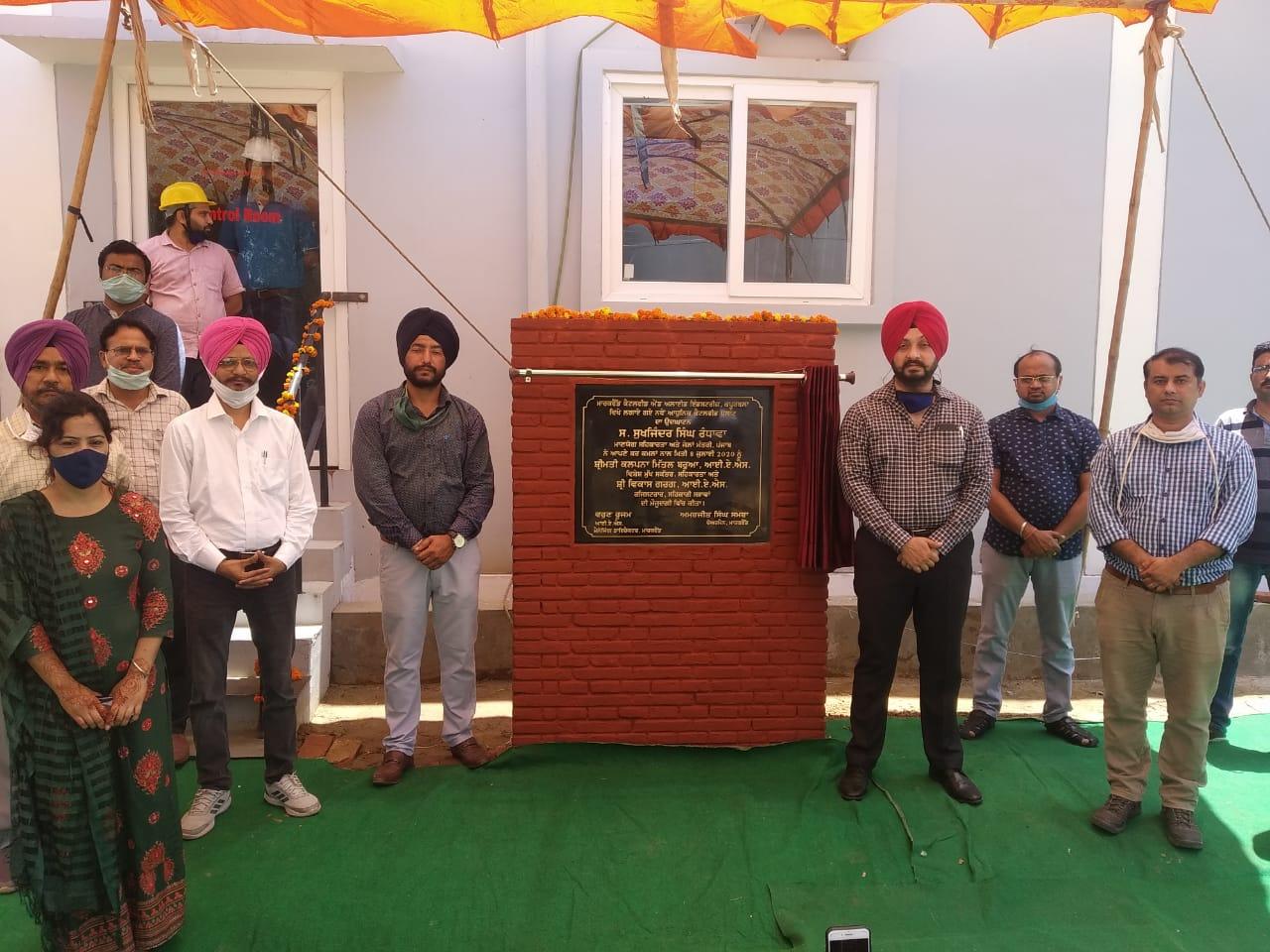 Kapurthala : S. Sukhjinder Singh Randhawa, Minister Co-operation and Jails digitally inaugurated technologically advanced Cattlefeed & Allied Industries Plant Kapurthala of Markfed in the presence of  Kalpana Mittal Baruah, Special Chief Secretary, Co-operation,   Vikas Garg,  Registrar Co-operative Societies, Punjab, S. Amarjit Singh Samra, Chairman, Markfed,  Varun Roojam, Managing Director Markfed, Rahul Gupta, PCS, AMD (G) Markfed  and other members of the BOD.While Speaking on the occasion, Varun Roojam, IAS MD Markfed briefed about the plant which is fully automated and free from any manual touch in the entire production process. He added that this plant is the latest cattle feed plant in Punjab. Even in the challenging scenario of Covid-19, the plant has registered an increase in production by 240 MT and has lead to better profits. He further added that the new plant has been installed at a cost of Rs. 13 Crores in a record time period of 1 ½ year. The plant has the capacity to produce 150 TPD  which is expandable up to 300 TPD.

Speaking on the occasion, Hon’ble Minister lauded the role of Markfed for taking new commercial initiatives during lockdown. He further stated that this plant was the need of the Animal Husbandry sector as this can produce fully nutritious composite cattle feed. He further added that on the same pattern, Markfed should soon set up a similar plant at Gidderbaha. He further appreciated the efforts made by Markfed cattle feed Plant during the month of April, May and June 2020. M.D Markfed apprised Sh. Randhawa about the coupon scheme of cattle feed which is to be started in the month of July.

Free On oneUrdu class to start from July 20
69.40 Lakh imposed fine on violaters of Mask
Comment