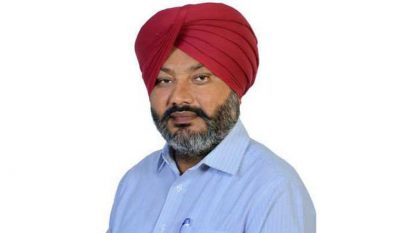 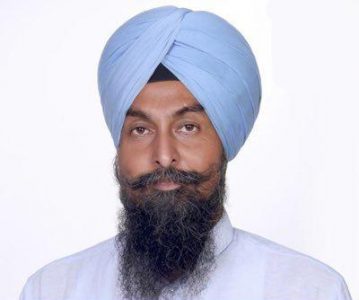 Chandigarh, February 22, 2020: The Aam Aadmi Party (AAP), Punjab, has taken a strong exception to the highly reprehensible statement made by the director-general of police (DGP), Punjab, on the Kartapur corridor saying those visiting the historic ‘gurdwara’ were a potential danger to the peace and integrity of the country.

In a joint statement issued from party headquarters on Saturday, Leader of Opposition (LoP), Harpal Singh Cheema and Kotkapura MLA, Kultar Singh Sandhwan said that the uttering of the DGP, Punjab, Dinker Gupta, was highly offending and uncalled for a top-ranking officer of his stature. They accused the government of misusing the police top brass as their ‘henchmen’ for its petty political ends.

Harpal Singh Cheema said the statement made by the DGP saying that all those who go to pay obeisance at the historic Gurudwara at Kartapur are threat to the unity and integrity of the country saying they (visitors) had enough time to get training in arms from Pakistan, saying he had hurt the religious sentiments of teeming millions of Nanak-leva ‘Sangat’, and others who have abiding faith in the teachings of Guru Nanak Dev across the world.

The LoP alleged that the DGP was acting as ‘mouthpiece’ the RSS and BJP and speaking their language, adding that the provocative language used by the DGP was out to divide and disintegrate the country and posing a potential threat to its cosmopolitan fabric, adding that he himself had emerged as the potential threat to the peace and integrity of the country post his highly insensate statement.

The LoP said that the decision of the CAT declaring him ineligible to such a responsible post as the state DGP stood vindicated, saying that the previously Badals appointed their ‘henchmen’ to such plum posts, citing Sumedh Saini to make a point under whose watch the horrific incidents of desecration of Sri Guru Granth Sahib and firing incidents took place at Behbal Kalan and Bargari. He said the Captain government should immediately sack the incompetent DGP.

Kultar Singh Sandhwan accused the DGP of spreading hatred and ill-will against diverse communities across the country, including the people of Punjab, by taking the people of the state for ransom by invoking the zombie of the dark days of militancy that had taken a heavy toll on the lives and properties of people in the state.

Sandhwan said “It is highly unfortunate that the DGP was indulging in a political gambit out to derail the peace and amity of the country by issuing such uncouth statements”. He posed a million-dollar question “How can a sacred place like Kartarpur Sahib where the first Sikh Master Guru Nanak Dev spent his last couple of years of his life and the people visiting the sanctum sanctorum be potential danger to the country’s unity, which was visited by, among teeming millions of devotees across the world, including the UN secretary-general, the former prime minister, MPs, MLAs, and ministers and the who’s who of all political parties. Are they all terrorists?”, he asked

The AAP leader said that a criminal case be filed against the DGP for his politically motivated statements and be given the marching orders, saying if the Captain Amarinder Singh government failed to do so, the AAP would be left to obstruct Vidhan Sabha proceedings till the time justice was done to bring an irresponsible public servant to justice for his misconduct.