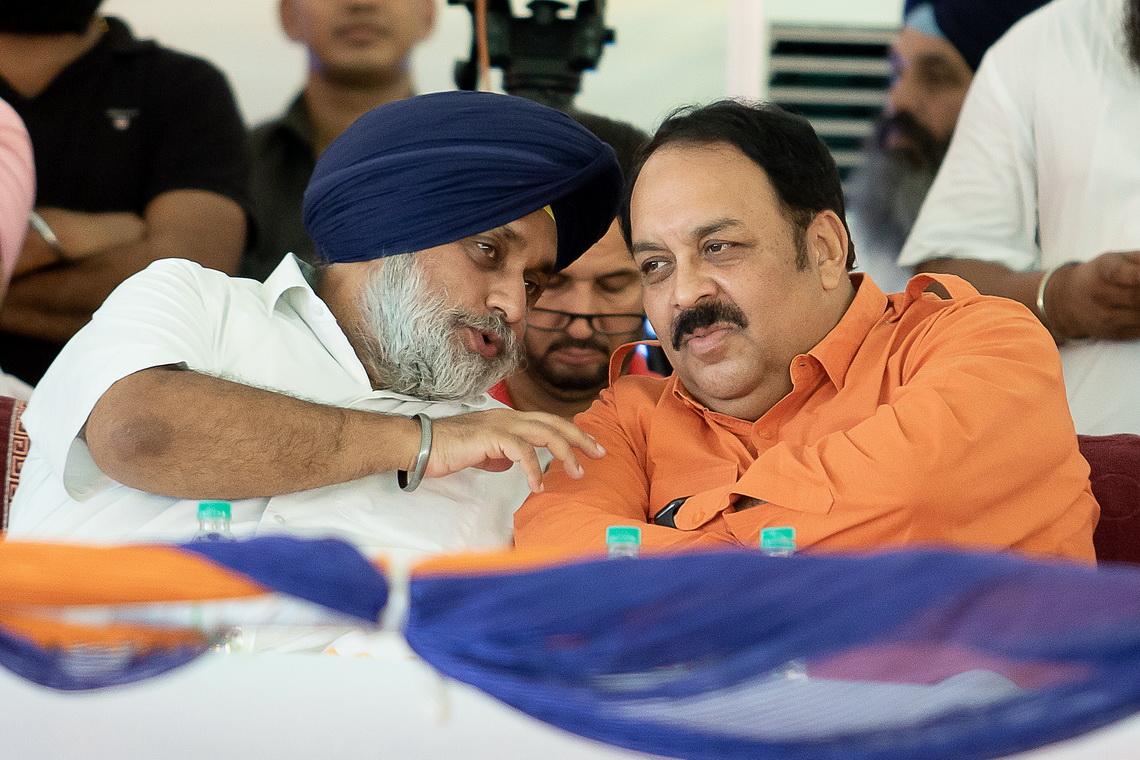 Addressing a mammoth rally on the pious occasion of Rakhar Punia, the SAD president said no community can understand the pain of watching a worship place being demolished better than the Sikhs. “We have undergone the same pain at the hands of Congress government. A SAD-BJP delegation will meet the PM shortly and ask him to assuage the hurt feelings of Dalit community as well as find an amicable solution to the demolition of Guru Ravidas temple at Tughlakabad at New Delhi”. He said the PM would definitely resolve this issue by arranging a piece of land for the temple.

Taking on the Captain Amrinder Singh led Congress government for following its age-old ‘divide and rule’ policy in order to divide the Sikhs masses, the SAD president said that “can these Congressmen preach morality to the Sikh Masses? They had formed the government by indulging in the politics of deceit and fraud. The CM made false promises like complete loan waiver, jobs and unemployment allowance to youth while holding sacred Gutka Sahib in his hands only to renege on them later. “Invisible CM does not even once find time to pay obeisance to International Nagar Kirtan. It shows his level of devotion for the Sikh religion” added SAD president.

Slamming the Congress government for its failure to curb the menace of drugs after promising to eradicating drugs within four weeks after assuming power, SAD president said Congress leaders were in league with drug smugglers and peddlers and busy in making money out of this dirty business.

Earlier recalling the sacrifices made by the Sikh soldiers in the freedom struggle, S Badal said he was shocked to know that the majority of Indian prisoners sent to Kala Pani- a cellular jail in Andaman Nicobar islands for waging freedom struggle were Sikhs. “Similarly, 95 percent of freedom fighters who were hanged by British rulers were Sikhs. During wartime, we always face the enemy first and make supreme sacrifices while fighting for the honor of our country” said SAD president.

Addressing on the occasion, BJP state president Shawet Mallik while referring to the SAD president as the next chief minister of Punjab, thanked the Prime Minister for fulfilling a long-standing demand of the Sikh community by establishing the Kartarpur Corridor- a passage to pay obeisance at Gurudrawa Kartarpur Sahib of Nankana Sahib at Narowal in Pakistan. He praised the SAD president and Union food processing industries minister Mrs. Harsimrat Kaur Badal for raising the core issues of the state in the Parliament. He also condemned CM Captain Amrinder Singh for refusing to implement the Health Insurance Scheme rolled out by the NDA government for the poor and underprivileged of the state.

Earlier speaking on the occasion, former minister S. Bikram Singh Majithia made a scathing attack on the Congress leaders for playing politics on the unfortunate incidents of sacrilege of Shri Guru Granth Sahib Ji Maharaj. He prayed that the almighty may wipe out the entire clan of those who were playing politics over sacrilege issue or culprits of sacrilege. “Rahul played politics over sacrilege and lost his Amethi seat. Jakhar did the same and was wiped out of state politics” he said, adding that nobody can go unpunished after attempting sacrilege to the sacred Shri Guru Granth Sahib ji Maharaj.

Among others present on the occasion were Bibi Jagir Kaur, Gulzar Singh Ranike, Virsa Singh Valtoha and Veer Singh Lopoke.