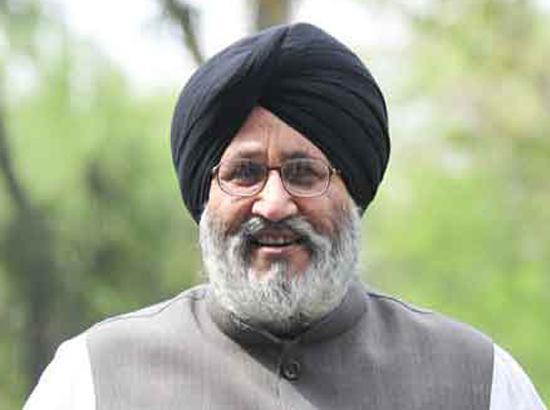 Chandigarh may 10, 2019: The Shiromani Akali Dal (SAD) today strongly condemned the shameful utterances of Sam Pitroda, a close aide of Congress president Rahul Gandhi, on the 1984 Sikh Massacre who remorselessly said ‘What about 1984 now? What happened in 1984, happened.’ Terming the remarks of Congress’s overseas units head as highly deplorable and an insult to the humanity, the party accused Rahul Gandhi of rubbing salt on the wounds of the Sikh community by sending Pitroda to Punjab.

In a statement, SAD’s senior Vice president and spokesperson Dr. Daljeet Singh Cheema said that all Punjabis and Sikhs would give a befitting reply on May 19 to the Congress party’s arrogance-laden statement on 1984. He said that the statements of Rahul Gandhi’s close aides clearly show that the Congress party still feels proud for its role in orchestrating the most inhuman and terrible crime against the humanity by butchering thousands of innocent Sikhs in 1984 and does not want to listen to any word against the killers. He asked Rahul Gandhi that what message the Congress wants to convey by saying ‘What happened in 1984, happened’?

It clearly hints that Congress was siding with the Killers and suggesting the victims to forget and stop seeking justice for the crime against humanity.

Lambasting the Punjab CM Captain Amarinder Singh for trying to save the Gandhi family, Dr. Cheema said that during a TV interview, though Amrinder Singh has disclosed that some prominent Congress leaders were involved in the killing of innocent Sikhs, but he is also trying to save the Gandhi family at whose directions, the Sikhs were mercilessly butchered in the streets of Delhi on those fateful days. He said that people of Punjab would never forget the 1984 massacre nor they forgive the Congress party for conspiring to eliminate the Sikhs through an organized attack. They will keep fighting till get justice.