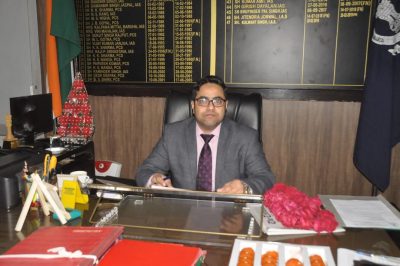 Sarangal, who had earlier served the city as Chief Executive Officer Smart City and Additional Commissioner Municipal Corporation Jalandhar, has been recently transferred by the state government from Amritsar, where he was posted as Additional Deputy Commissioner (Development). Assuming the charge of his new office, the Additional Deputy Commissioner said that he would accord top priority to further implement the schemes of the Punjab government in a better manner. He said that his thrust areas would be on effective implementation of the flagship programs of the Punjab government like Mahatma Gandhi Sarbat Vikas Yojna (MGSVY), Ghar-Ghar Rozgar Mission, Smart Village Campaign and others besides ensuring the all-round development of the rural areas and prosperity of its people through the Mahatma Gandhi National Rural Employment Guarantee Act (MGNREGA).

In a preliminary meeting with the staff in his office, the Additional Deputy Commissioner asked them to perform their duty zealously to ensure that the benefits of pro-people schemes of the state government were percolated to the people at the grass-root level.