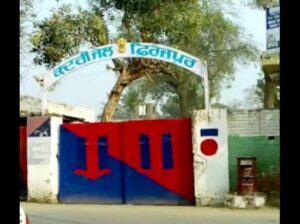 Ferozepur, January 6, 2020:  Recovery of four mobile phones from the central jail here has put a question mark on the working and security of jail authorities once again.  In two different search operations in the Central Jail campus, four mobiles with battery and SIM cards, have been found from the prisoners and two case under Section 52-A of Prisons Act has been registered at City police station on the complaint of Assistant Jail Superintendents.

It is pertinent to mention that security arrangements at the jail had been under the scanner and despite assurance from the government, even during the recent visit of Jail Minister, no action has been taken to curb this menace.

Recovery of mobiles without SIM cards still creates a doubt about the availability of mobiles and its operation for certain illegal works otherwise the facility to call to the kin of the prisoners has been made available inside the jail premises, on certain conditions.

As per the information, in the past four years, there had been a recovery of around 250 mobiles which itself speak of the poor security arrangements and a threat to illegal acts going on by the prisoners from inside the jail campus.

According to Gurmail Singh IO appointed in one case, during the search operation in the jail on January 4 around 6 pm, one mobile Samsung brand, white color, with battery and SIM Card from Jagpreet Singh prisoner while another mobile found of Samsung brand while color without SIM Card was found hanging inside the grilled grill from the pocket of black color short.

In another operation, on the same day, two mobiles without SIM cards of blue and black color were found from the unclaimed bag and one from bear barrack No.6 from the fissure of the wall.