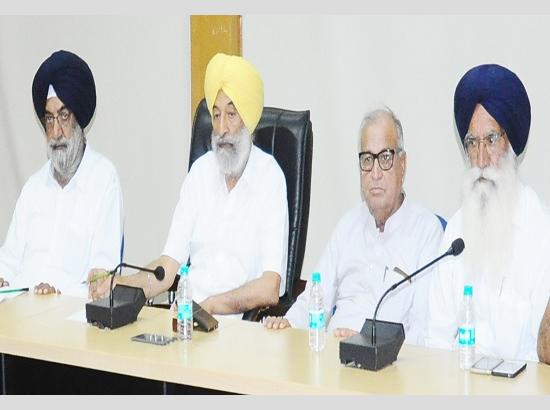 Chandigarh, June 07, 209: The Haryana wing of the Shiromani Akali Dal (SAD) today requested the parent party to get the assembly seats on which it will contest the forthcoming assembly elections identified and settled as per the agreement with the Bharatiya Janata Party (BJP).

Haryana chief minister Manohar Lal Khattar had announced during the run up to the Lok Sabha elections that the Haryana BJP unit had entered into a poll alliance with the SAD under which the SAD would support the saffron party in the parliamentary elections and would be given appropriate number of seats in the assembly elections.

A meeting of the Haryana SAD which was presided over by party Haryana State Incharge Balwinder Singh Bhundur urged the SAD high command to hold talks with the BJP and identify the exact number of seats which would be given to it as per the poll alliance with the saffron party. Haryana SAD leaders, including its President Sharanjit Singh Sotha said the SAD had a strong sphere of influence in more than 30 assembly segments and should be accommodated honourably. The leaders affirmed that the SAD had come of age in Haryana and was ready to reap the benefits of the good work done by it in the State.

Meanwhile the meeting resolved to appoint Observers for all seats in Haryana where there was a sizable Punjabi population. It was also decided that initially meetings would be held with party workers by the Observers in all these assembly segments this month itself following which the party would hold a series of rallies to strengthen its base as well as gear up for the assembly elections.