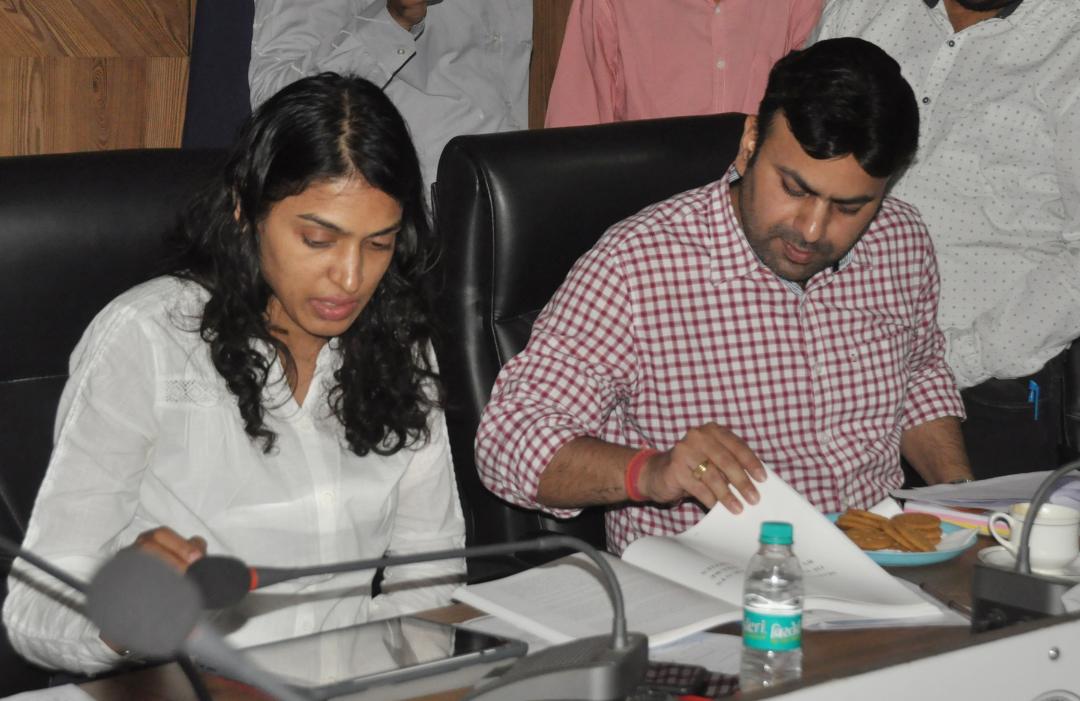 Jalandhar, May 8, 2019, In a bid to ensure free, fair and transparent general elections, the Election Expenditure Observers today conducted cross-checking of the shadow expenditure registers with that of the registers being maintained by the contesting candidates.

The teams of the officers led by Election Expenditure Observers Ms. Preeti Chaudhary and Mr. Amit Shukla compared the expenditure registers of the candidates of BJP-SAD (B), Bahujan Samaj Party, Ambedkar National Congress, People Party of India (Democratic), Hum Bhartiya Party, Republican Party Of India (A), Bahujan Mukti Party, independents Mr Amrish Kumar, Sukhdev Singh and Mr Neetu Shutteranwala from 10.30 am to 1 pm. Likewise, the expenditure registers of candidates belonging to Indian National Congress, Aam Aadmi Party, Shiv Sena, Bharat Parbhat Party, Bahujan Samaj Party (Ambedkar), National Justice Party and independents including  Upkar Singh, Valmika-Charya Swami Nitya Anand, and  Kashmir were cross-checked from 2.30 pm to 5 pm. During the cross-checking the expenditure register and another record like cash book, bank voucher and bank statements were cross-examined. A similar exercise would be held on May 14 and May 18.

Pertinently, any candidate for the Lok Sabha poll could spend only Rs 70 lakh during the canvassing for the election. This expenditure was being monitored from the date of filing of nominations to the day of counting including winning procession by the successful candidate. The Assistant Returning Officers and the Assistant Expenditure Observers have been asked to ensure that every penny spent by the candidate was accounted for. These officers were ensuring that Shadow Observation Register was duly maintained which was being cross-checked with that maintained by the candidates.